Back in September this year, Google released the stabled version of Android 11 with a set of improvements and new UI elements. Immediately after the release, Android OEMs started to move on with the announcement of updated roadmaps or their own custom Android skins. Well, the Japanese tech maker, Sony has finally join the train to published its plans for the Android 11 update. 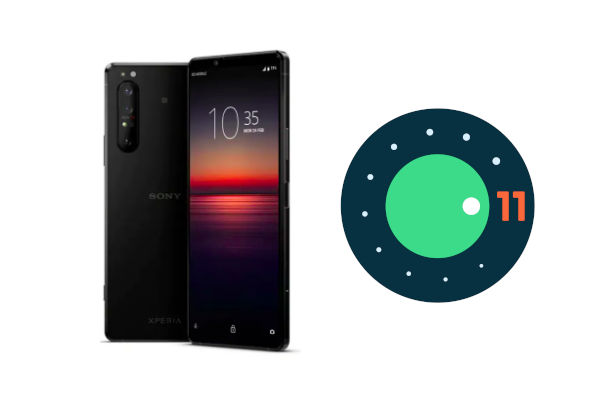 So far, we canâ€™t remember a company that has successfully rolled Android 11 updates apart from a few Xiaomi devices. Most of the phones still run Android 11 beta firmware builds. The OnePlus 8T is the only device to run stable Android 11 straight out of the box.

The first Sony device to be eligible for the Sony Android 11 update will be the Xperia 1 II. This is the first flagship released by the company this year and also the companyâ€™s first 5G device. According to the company, the device will receive the update in December 2020 which is pretty vague as it can happen anytime from December 1 to December 31.

The company also revealed that the Xperia 5 II and Xperia 10 II will follow with an Android 11 update dropping towards the end of January 2021. The original Xperia 1 and Xperia 5 will receive the highly-anticipated update towards the end of February 2021. Curiously, the company didnâ€™t mention the Xperia 10, 10 Plus, L3 and L4. We assume that those devices will not be eligible for the Android 11 update which is a pity.

What We Expect From Sony’s Android 11 update

Worth mentioning that Sony Xperia skin isnâ€™t heavily customized as other Android OEMs. In fact, the company ships an Android build that is very close to AOSP, but brings a set of exclusive Xperia apps and features. For that reason, we can expect most of the native Android 11 features to be present here. The new update introduces Notification Categories, Notifications History, Chat Bubble Notifications, and a Native Screen Recording feature. The update also moved Media Notification controls straight to the Quick Settings panel.

So, if youâ€™re listening to music the old media notification will now leave the notifications sector. Therefore you have a better view of notifications and an intuitive placement to control your music. The update also introduces a new Power Menu with a shortcut for Smart Device Controls.

Android 8 Oreo update Now Available For infinix Phones. How To...