Infinix launched the new Note 11 series back in October. The series includes the standard Infinix Note 11 and the Infinix Note 11i. Both phones are in the 4G segment and are definitely among the most interesting phones because of their very affordable prices. Not everyone globally knows these devices because this is a Transsion brand and it is not operative in all the areas of the global market. However, many users in Nigerians and other Africans, Asians are currently wondering which of these two devices is the best one in terms of value for money. 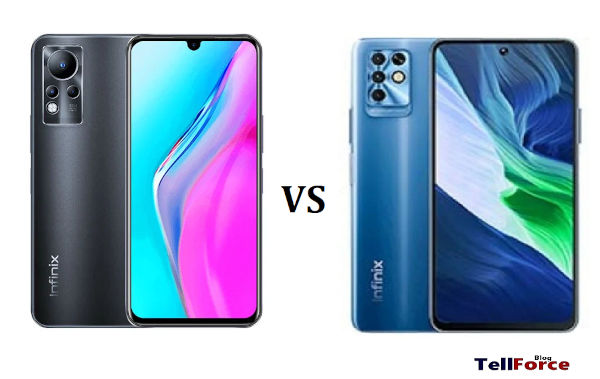 Despite they are two affordable variants from the same series, these phones are very different from each other. Here is a comparison between the specifications of Infinix Note 11 and Infinix Note 11i.

As per design, these two devices is totally different from each other. While the Infinix Note 11 comes with a waterdrop notch, the Infinix Note 11i has a punch-hole display. But the latter is a lot bigger than the vanilla version due to its huge display and a lower screen to body ratio.

Even the rear side is very different: the vanilla version has a bigger main camera and smaller secondary sensors, while on the Note 11i all the sensors come with the same dimensions inside the camera module. Besides being more compact, the vanilla version is even a thinner phone. Both the handsets are built with cheap materials: they have a plastic back and a plastic frame too.

If you want the most advanced display when it comes to image quality, then you should go for the Infinix Note 11 without thinking twice. It has an AMOLED display with brighter colors and deeper blacks sporting a diagonal of 6.7 inches and a Full HD+ resolution of 1080 x 2400 pixels. But despite it having an AMOLED display, the fingerprint reader is side-mounted.

The Infinix Note 11i has a less impressive display with its IPS technology and a Full HD+ resolution, but it is a very wide 6.95-inch panel which is very suitable for productivity and gaming thanks to its huge diagonal. The Note 11i has a side-mounted fingerprint scanner as well.

Further, the Infinix Note 11i comes in just one configuration with 4 GB of RAM and 64 GB of storage, while you can double the storage and increase the RAM with the vanilla version. Last but not least, Infinix Note 11i ships with XOS 10 out of the box, while its sibling still comes with XOS 7.2.

The Infinix Note 11 also comes with a superior camera setup: the main sensor is actually better with its 50 MP resolution and a bright f/1.6 aperture allowing for decent photos even in low light conditions. But you should not confuse it with camera phones, it is very far from them in terms of camera performance. The front cameras are the same with a 16 MP resolution.

The Infinix Note 11 is actually a superior phone thanks to its AMOLED display, a better chipset, superior memory configurations, a better camera, and faster charging technology. The only advantage of the Note 11i is the huge 6.95-inch display: it is very rare to find a phone with a so wide panel. Would you choose the Note 11i just for this reason?