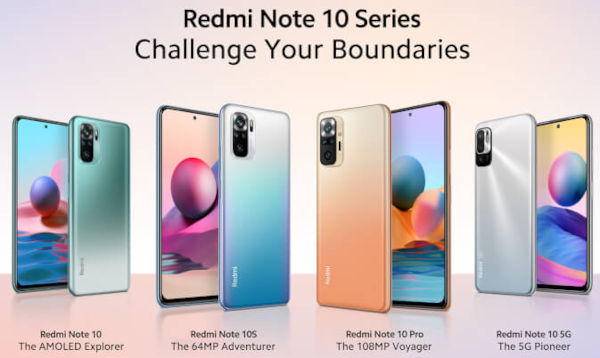 The new series for the global market includes three devices: Redmi Note 10, Redmi Note 10S, Redmi Note 10 Pro, and Redmi Note 10 5G. Among their killer features, you get great AMOLED displays, Snapdragon chipsets, and big batteries, as well as a stunning camera in the most advanced variant. A lot of potential buyers are trying to learn the differences between the three variants in order to choose the best for their needs. That is exactly the purpose of the article: in this specs comparison, we will highlight the differences between the devices.

Each of the Redmi Note 10 series launched yesterday comes with a distinctive feature, but the Note 10 Pro still stand tall among all.

The Note 5G lacks AMOLED Display, and lacks an IP rating, while the rest of the Note 10 family all offer IP53 ratings for splash resistance.