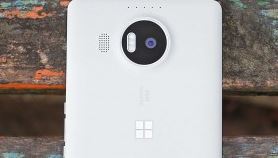 Windows Phone 8.1 was already dead before now but its final
burial rite has just been finally confirmed by its maker. Following series of
tweets by Joe Belfiore, it could be deduced that Windows 10 Mobile is also gradually
but steadily heading to the product graveyard of Microsoft.

The Microsoft VP, in charge of the mobile OS stated that
Microsoft will though keep supporting the platform with bug fixes, but nobody
should be expecting new features or hardware from them.

In the following tweet, Belfiore clarified the decision
taken. He says that developers never really backed the platform and Microsoft was
unable to find partners to work with. Alongside with the low number of users,
Windows 10 Mobile gets into a “Paragraph 22” situation from which there is no way
of escape.

We have tried VERY HARD to incent app devs. Paid money.. wrote apps 4 them.. but volume of users is too low for most companies to invest. ☹️ https://t.co/ePsySxR3LB

Rather than inventing a new OS, the Redmond Company is now focused
on refining the link between the phone and the PC. The Edge browser is another
project that is making its way to Android and iOS.

Android Apps On Chromebooks Gets support for extended monitors