Microsoft has officially confirmed that the next Windows 10 update will be called Windows 10 21H1. It will primarily focus on quality-of-life improvements for the core OS and other business-oriented enhancements.

In its official blog post, Microsoft reveals Windows 10 21H1 will be a minor update because it doesnâ€™t want to disrupt the user workflow. As we continue to work from home due to the COVID-19 pandemic, the company is looking to improve the current experience with the next build.

â€œThe features we are releasing in this update are focused on the core experiences that customers have told us theyâ€™re relying on most right now,â€Â mentioned John Cable, VP, Program Management, Windows Servicing and Delivery. Windows 21H1 will focus on improving three major features â€“Â security, remote access, and quality. 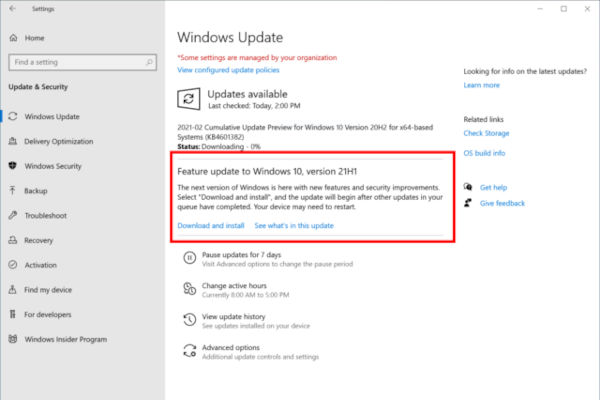 First up, Microsoft bolsters the security by adding multi-camera support to Windows Hello. This simply means you will be able to set an external camera, compatible with Windows Hello, as the default one. You can then use it over the built-in webcam to unlock your PC.

If you want to try out the Windows 10 21H1 update, you can sign up for the Windows 10 Insider program. Microsoft is rolling out the first 21H1 builds to users in the Beta channel, starting today. So, go ahead and check for updates for a smoother and more secure experience.

The stable version will be available to users in Spring later this year and bring only minor feature upgrades in tow. Windows 10 21H1 will be servicing update, just like the previous Windows 10 20H2Â update.