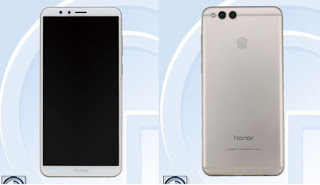 The Honor 7X has appeared in images on TENAA, the Chinese
certification center. The device will come with an 18:9 display, features
cameras on the back, implemented in the antenna band and will have a square
fingerprint reader.
The handset also appeared on Geekbench, stating more specs,
including the chipset. The heir of the Honor 6X will come with Kirin 659 SoC, supported
with 4 GB RAM.
Related Posts 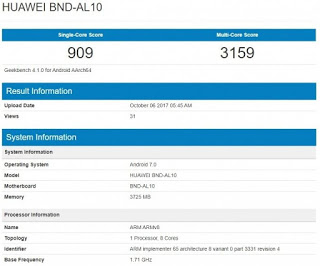 The listing also shows that the Huawei Honor 7X will run on
Android 7.0 Nougat OS, meaning the Chinese manufacturer will possibly use its
in-house EMUI 5.1 on top. From the benchmark results, the single-core run
yielded 909 points while the multi-core score was 3,159. The cores of the 16 nm
chipset are clocked at 1.71 GHz.
Speculations suggests that the price tag of the Honor 7X
will be between CNY1,799 and CNY2,099 ($270 and $316).
GeekbenchHonorHonor 7XTENAA
Share

Tecno LF7 with Helio G88 and Android 12 spotted, could be…