By TellForce Blog On Dec 4, 2020
Share
Join Us On Telegram

Samsung Galaxy Z Fold2 has undergone theÂ DXOMARKâ€˜s rear camera test. And it has the same scores as the OnePlus Nord but could not even beat Xiaomiâ€™s 2019 flagship and mid-range Pixel 4aÂ in rankings. 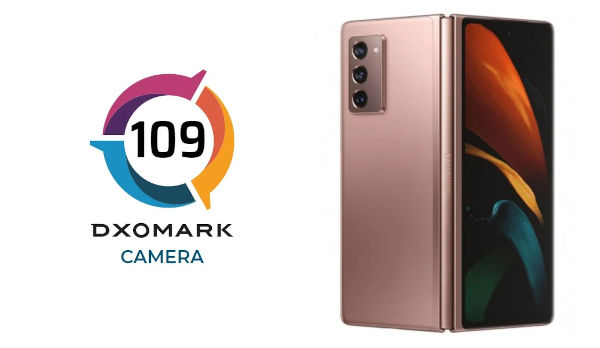 According to the DXOMARK report, theÂ Samsung Galaxy Z Fold2Â recordedÂ an overall score of 109. Itâ€™s worth noting that the deviceâ€™s triple-camera sits below the 2019 flagshipÂ Xiaomi Mi 9â€˜s 110 points and even the Google Pixel 4a whichÂ recently got rated for 111 pointsÂ with just a single camera. Precisely, the Z Fold2 scores 108 points in the Photo, 102 in video, and 63 in zoom categories.

The report also said that the device often lacks details in images from the main lens. Additionally, it suffers from noise and auto-focus issues in low-light and indoor situations.

This is surprising considering it has an f/1.8 wider aperture in a 12MP main camera which is a 1.8Âµm sensor. Essentially, the wider the aperture in a lens, the more light it can gather to produce great quality images. But that doesnâ€™t seem to the case here. Besides, talking about the cameras, theÂ device has a triple-cameraÂ setup and all of them are 12MP sensors. You can take a look at the specs below:

Coming back, the device also has few other Artifact issues(visible effects of image that doesnâ€™t exist in real life) like color fringing, hue shift, etc. That said, the deviceâ€™s rear cameras do have some positives like good exposure, vivid & punchy color images, ultra-wide lensâ€™ FOV, white balance, and stabilization in static videos.

Even though the deviceâ€™s talking point is that folding display, one would expect at least a decent performance over mid-rangers. Samsung needs to address certain areas in future updates like the Artifacts, Autofocus, improper texture(photo&video) in the coming updates.