Apple unveiled a number of new iPadsÂ this year but the cheapest of them is theÂ 8th gen iPad (2020)Â which launched alongside the 2020 iPad Air back in September. According to a new leak, there will be successor early next year which will have a cheaper price tag. 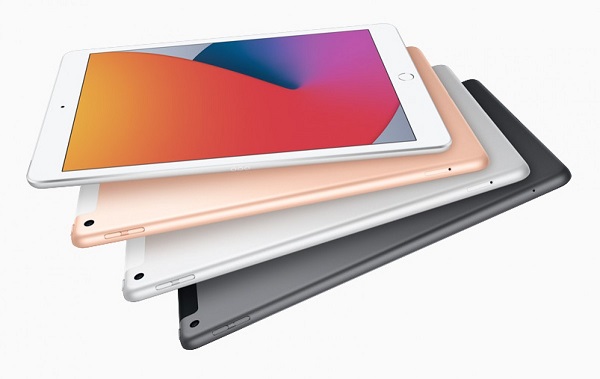 The 8th-gen iPad comes with a price tag of $329, a 10.2-inch screen, and an Apple A12 BionicÂ chipset but its successor will pack a larger display, a more powerful chipset, and a lower starting price. Awesome, right?

The leakster that goes by Tron (@cozyplanes), claimed that the 2021 iPad will sports a 10.5-inch Retina display with a home button that has Touch ID. This means with respect to design, it should have thick bezels just like the current model. However, he does say that the new tablet will be thinner and lighter.

The 10.5-inch iPad will be powered by the A13 Bionic chipset, the same chipset found in the iPhone 11Â series. The processor will be paired with 4GB of RAM but there is no info on the storage variants. The 2020 model comes with 3GB of RAM and can be purchased in two variants â€“ 32GB and 128GB.

The new iPad has been reported to have a starting price of $299, even cheaper than the $329 starting price of this yearâ€™s model. However, the low price tag may be a hint that the base model will have 32GB of storage. Yeah, we know the available storage will be barely enough but since the new model will cost less and be more powerful, we canâ€™t complain too much.

Although not stated, the new iPad should support the Apple Pencil (hopefully 2nd gen), Apple Smart Keyboard, andÂ Xbox,Â PS4Â and orÂ PS5Â controllers. It should also have an LTE variant.

Apple is expected to launch this new iPad in early 2021 which is less than six months since the launch of this yearâ€™s model. Regardless, we will advise you to take the info above with a pinch of salt until more details surface.

iQOO U3 Launched With 90Hz Display, Dimensity 800U: Specs and Price