The announcement of various devices will happen next week, with the Huawei P40, P40 Pro and P40 Pro Premium Edition being the most anticipated by far, though we are also expecting the Redmi K30 Pro. These devices have enjoyed a bit of the media in terms of leaks and rumours. Today we finally have images of it.

The reliable leakstar, Evan Blass has leaked the press images of the Huawei P40 and P40 Pro, showing a back that we already knew well enough, but that really generates interest in allowing us to see the screen of these two devices and thus know how they will take advantage of the front and the size of the hole on the screen, etc.

Huawei P40 Comes With Its Flat Display With A Huge Hole

The hole in the screen has been in no doubt a trend this year. It seems that it is the step to take before being able to hide the camera under the screen, as we have seen how some phones have gone from emerging cameras or notches to having holes on the screen. This is the case of the Huawei P40, which go from the notch drop of the P30, to the pill-like hole in the screen on the P40. 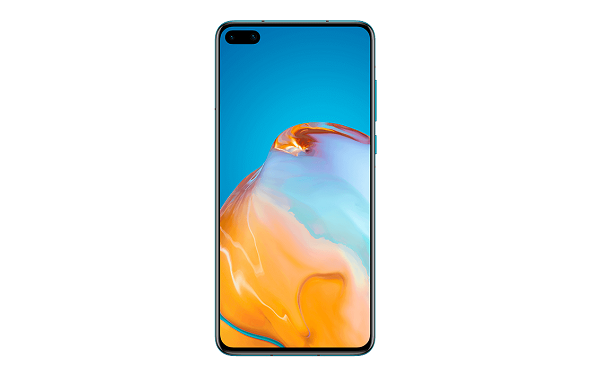 A good thing about this is that Huawei has opted to keep the flat screen on this model, with very small frames, probably close to the maximum that can be achieved without curving the phone screen.

The P40 Pro To Have A Curved Screen On Its Sides

In the case of the Huawei P40 Pro, things are a lot different. The first renders of the phone gives us the idea that the glass of its screen would be curved on all four sides. 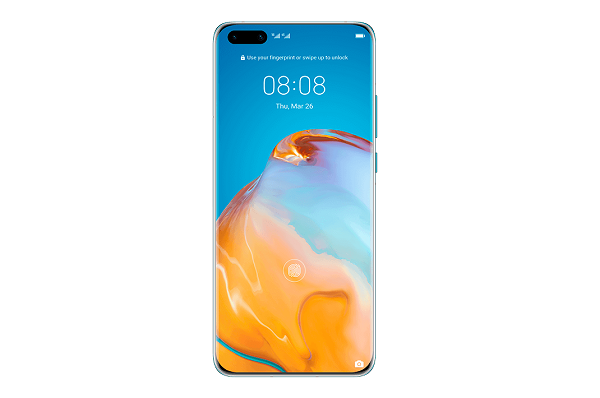 This press image allows us to corroborate precisely that, because we can see how in the upper part and in the lower part there is also a kind of curve (although in the lower part we still see a slight edge). This causes the corners of the phone to feel a little strange to the eye, but you will have to see how they look in person.

With the Huawei P40 Pro, the hole in the screen gets even bigger, wider to be exact, so hopefully, it probably has two front cameras and a 3D ToF for advanced facial recognition. In the case of the normal P40, we would prefer to see a single front camera along with this facial ID, it would seem more useful to us than having a wide-angle camera.