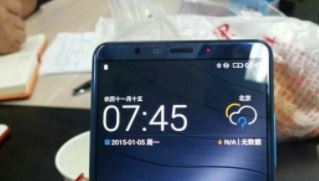 Another leaked image and specs of Gionee M7 is out again. However,
this time around, it’s a press render leaked earlier today, showing us some
hands-on live images. The M7 is expected to be officially announced on
September 25.
Yesterday,we brought to you a render from Chinese Weibo users. The following shots havebeen leaked just hours after the aforementioned press render, and they show thesame blue color version. 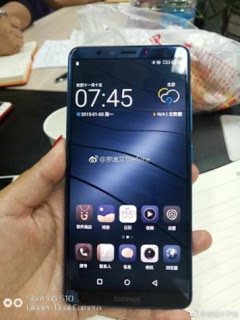 As seen above, the front of the phone is close to
bezel-less. Yes, the world is becoming bezel-less. Following the biggest design
trend of 2017, while on the back there’s a dual camera setup – which has to be
the second biggest trend of the year in the mobile world.

The Gionee M7 has a metal unibody construction, a
fingerprint sensor on the rear, and software-rendered Android navigation
buttons. It’s expected to sport a 6-inch 1,080×2,160 touchscreen, 6GB of RAM,
64GB of storage, the MediaTek Helio P30 SoC, and Android 7.1.1 Nougat on board. 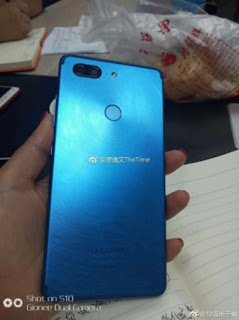 Xiaomi 12 to launch in China on December 12 – Reports; What we expect

Samsung Galaxy Note 8 to be the first Snapdragon 836 powered...