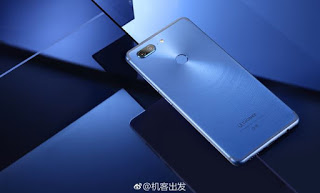 An image of the imminent Gionee M7 smartphone has leaked,
which gives a better view and idea of what the phone’s design looks like. According
to the leaked image, focusing more on the rear potion of the device, dual
camera setup and a metal unibody could be seen.
While Tellforceblog is yet to ascertain whether or not the
leaked info is real, this is not the first time we will be hearing that the M7
will feature a dual rear camera setup. Beside, we are already in the world of
dual cameras.
Related Posts

Some other revealed specs for the phone include Helio P30
SoC, 6.0-inch display of 1080 x 2160 pixel resolution, and 6GB RAM. Gionee M7
is also said to run Android 7.1.1 Nougat out of box. Well, it’s just all about
time, unveiling of this beast around the corner, September 25.