By Andre Falana On Aug 15, 2017
Share
Join Us On Telegram
Twitter bots have become a chain on users’ neck. On the Twitter site, these bots makes things inconvenient for real handlers by spamming out news stories. However, inspite of all efforts by companies and third-party groups have tried to resist these Twitter bots, simply identifying the accounts has proven abortive. 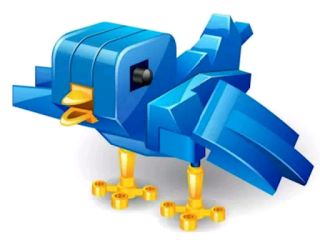 There is a new system, however, that could help in that regard. This system, known as the Botometer, was built by researchers at Indiana University and Northeastern University in the US. It works by looking into over 1,000 factors, ranging from the tweets by the accounts themselves, including metadata on how and where they were posted, to the composition of the followers.
Onur Varel, a researcher from Northeastern University, stated:

“We are using a wide range of signals to compute scores. Depending on user behavior, different feature types might be revealing.”

However, there is a flaw in the service. Some of your followers could b mistaken for Twitter bots based on their Twitter activity. For example, if any of your followers tweet a lot about products and services, or random links to other sites, they might be classified as a bot.
Nevertheless, the system is not accurate enough to make a firm judgment, according to Mr. Varel. In theory, anything under 40 percent is a human user. It does not mean that if your account ranks above 40 percent you’re a bot, though. The system is still a work in progress, and the research team is actively soliciting for more data for the system’s Bot Repository.
At the same time, Varel says that the bots themselves are getting more sophisticated. Twitter bots have become significantly harder to spot since 2011. This could spell bad news for governments, social networks, and anyone hoping to crack down on bot spam. Basically, we are becoming better at spotting bots, but not fast enough to catch up with the both themselves.
Source
twitter
Share