By Andre Falana On Aug 15, 2017
Share
Join Us On Telegram
Virtually all Facebook’s attempt to be like Snapchat has failed. Recently, the social media titan killed Lifestage, an app intended to get the attention of Snapchat-obssessed teenagers. If you are hearing tge word Lifestage today, there’s nothing to be ashamed of. You are not alone, there are a lot of people that never knew about the app either.  This is actaully due to the fact that only aged 21 or younger users could sign up for it in the first place. 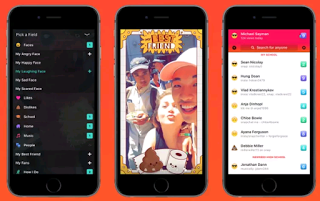 Lifestage was intended to help teenagers find and connect with other students in their school. Instead of direct messaging, high schoolers were supposed o use the app to share selfies and videos that all of their classmates and schoolmates could watch.

Now, the app was so focused on getting to teenagers in high school that it prevented anyone over 21 from joining a school o looking up other accounts. However, anyone could just fake their age and gain access. Obviously, this raised privacy concerns.
Related Posts

It’s not so surprising that the app never caught on among teenagers either. Meanwhile, the app was pulled from the Apple App Store on August 4 , and it took a while before anyone noticed that it was gone. Furthermore, an Android version was never released. On top of that, Lifestage was last updated in October 2016. Clearly, Facebook was not willing to continue pursuing this project when it failed so hard to garner any sort of attention.
According to Business Insider, a Facebook spokesperson made a comment concerning the issue, said;

“We originally launched Lifestage to make it easier for teens in the US to connect with others at their school by creating a video profile with content for all of things that make up their identity. Teens continue to make up an important part of the global community on Facebook, and we have learned a lot from Lifestage. We will continue to incorporate these learnings into features in the main Facebook app.”

Gmail for iOS now protects you from scammers