Gmail for iOS now protects you from scammers

By Andre Falana On Aug 15, 2017
Share
Join Us On Telegram
In May, there was a phishing scam that almost took over Gmail. However, Google has acted fast in order to shut it down before it caused too much damage. A little while later, the company added an extra security measure to Gmail for Android that flags shady links in messages, which could try to carry out such a phishing scam. 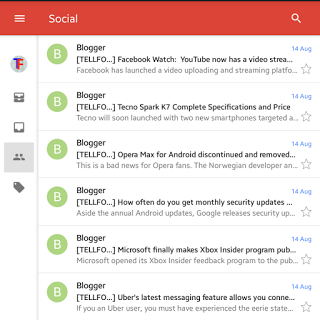 Now, Google has added the same anti-phishing check to Gmail for iOS. Here’s a statement from Google on the subject:

“Going forward, when you click on a suspicious link in a Gmail message on your iPhone or iPad, we’ll show you the warning below. We recommend that you use caution before proceeding, because the link is likely unsafe. Only proceed if you’re confident there’s no risk.”

The warning points out that you could be about to visit an untrusted site, and asks whether you really want to proceed. If Google already knows that a particular website is fake and therefor a security risk, Gmail will display an anti-phishing check message, telling you that he site is fake. It also adds that the site intends to trick you into disclosing financial, personal or other sensitive information.
If you are absolutely sure that the link is safe, you can still go to the site. However, Google warns that this is at your own risk. Google stated that the anti-phishing check is being issued gradually to people that use Gmail on iOS devices.
Phishing emails can look like official correspondence from an online service that you use. They could even pretend to be a message from a friend or coworker, and they often contain a link that can make a victim unknowingly give away their log-in information or other valuable information to scammers, or even install malware on their computers.
While a lot of these phishing emails are easy to spot (look out for things like poor grammar and other sloppy mistakes made while trying to imitate a business), such attacks have become more advanced in recent years. Thus, Google’s anti-phishing check has become essential to flag up potentially dangerous emails.
Source
AndroidGmail
Share