Health reports has confirmed that Nigeria’s meningitis outbreak has allegedly killed nothing less than 489 persons across the country. 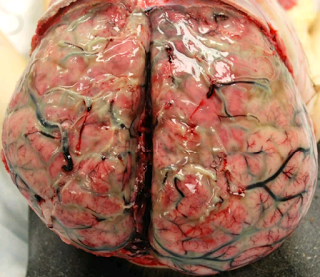 The Minister of Health, Isaac Adewole stated that about 4 637 meningitis cases have been reported.

Recall that the federal government kicked off a nationwide vaccination crusade for its millions of people throughout the country and creating awareness all over the states, especially the northern regions in order to avoid a case of ignorance. Though, report says there is a global shortage for the strain, which inflames the spinal cord and brain.

Northern parts of the country houses most of the victims of tgis deadly disease, one of the states with the worst hit is Zamfara state, it has recorded about 216 deaths.

While Kebbi, Katsina, Niger and Sokoto states in northwest and north-central of the country also have also reported some meningitis cases since it surfaced last year December.

Most of the victims of the CSM are said to have been children.

It could be recall that a meningitis epidemic slayed more than 1,100 people and over 10,000 people were infected in Nigeria and its neighbouring country Niger Republic in 2015. There are fears that this outbreak could again bring another tragedy like the previous one across the border.

BBNaija: Re-evaluate yourself, what have you learnt from the show – Seun Kuti8