Alongside the Legion Y90 gaming smartphone, the company has launched a new gaming tablet called the Lenovo Legion Y700. 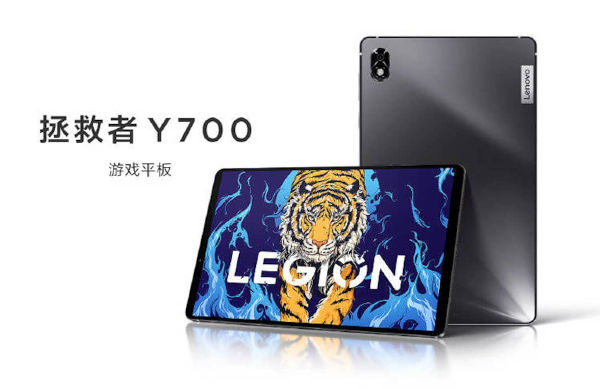 The new tablet from the Chinese smartphone maker doesn’t have a unique design like the Legion Y90. Rather, it features a more minimalist aesthetic but with a premium build quality. The device sports a large 8.8 inch LCD display that supports 100 DCI P3 color gamut. It has a resolution of 2560 x 1600 pixels, 120Hz refresh rate, and 240Hz touch sampling rate as well. Similar to the Y90, the tablet also has a noticeable chin and notch, but even its bezels on the side are quite visible.

It is clear that the company placed an emphasis on hand feel with the metallic frame rather than a eye catching look, since the tablet targets the gaming audience. The Legion Y700 gaming tablet features 3.5mm headphone jack and features the usual selection of buttons like the volume rockers, power button, alongside a dedicated switch for the resource monitoring window in gaming mode. Similar to the Y90, it also features a dedicated cooling mechanism, which includes the 8500mm² of VC cooling and a whopping 45357.7mm² of total heat dissipation materials. 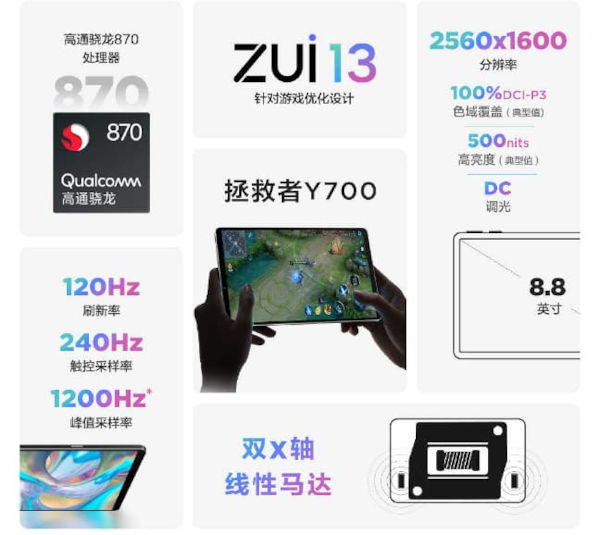 Under the hood, the Legion Y700 features Qualcomm Snapdragon 870 SoC, which is paired with up to 12GB of RAM and up to 256GB of internal storage. It is powered by a large 6,550mAh battery pack that supports 45W fast charging and runs on ZUI 13. The device also supports smart split screen feature that allows for improved multi tasking as well.

On the rear, the Legion Y700 houses a 13 megapixel camera that is paired with an LED flash while the front has an 8 megapixel selfie shooter.

The Legion Y700 will be available in two storage configurations, including: 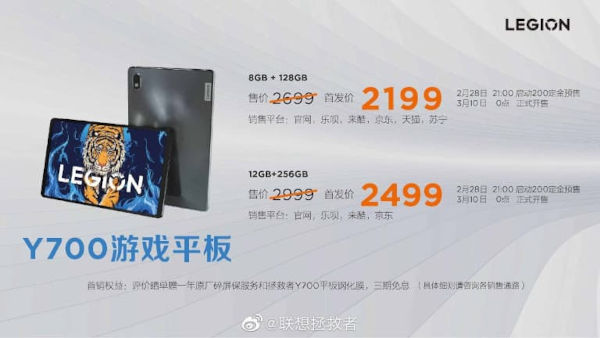 The gaming tablet will also be available for purchase in China, starting from March 10.