Twitter Inc has today announced that it has suspended all advertising in Russia and Ukraine. The microblogging platform wants to ensure that all ads do not weaken the effectiveness of public safety messages on the platform. 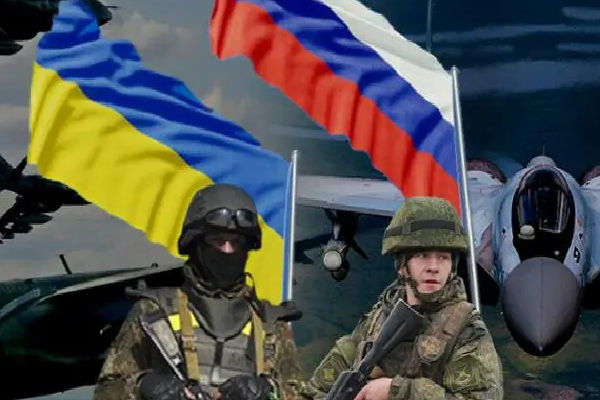 Russia launched a special military operation against Ukraine on Thursday. Presently, the Russia – Ukraine situation is dicey and Twitter is only trying to be careful. It will be very difficult to sieve out the true information from misleading ones. This is why Twitter is taking the easy route, banning all ads from both regions. 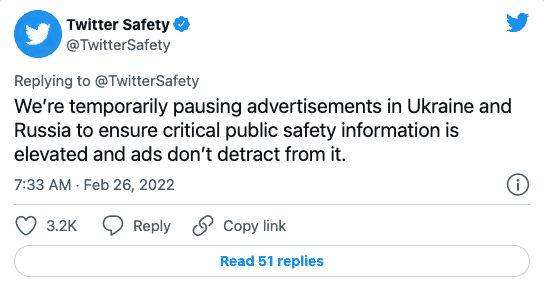 Twitter will not display ads in these markets and will limit tweet recommendations from accounts they have not followed that appear in users’ timelines to limit the spread of misleading and abusive content. Twitter previously said it was “monitoring emerging narratives of violations of Twitter’s rules” as part of its efforts to combat problematic content that flooded the internet during the war.

Meanwhile, Facebook parent Meta is also fact-checking and labeling posts by Russian state media outlets. The Russian government said earlier on Friday that it would partially restrict Facebook’s use in the country in a countermeasure against Meta.