Qualcomm has finally launched the Snapdragon 888 Plus processor. The new chipset was announced today at Mobile World Congress (MWCÂ 2021) and it is yet the most powerful mobile platform from the maker. 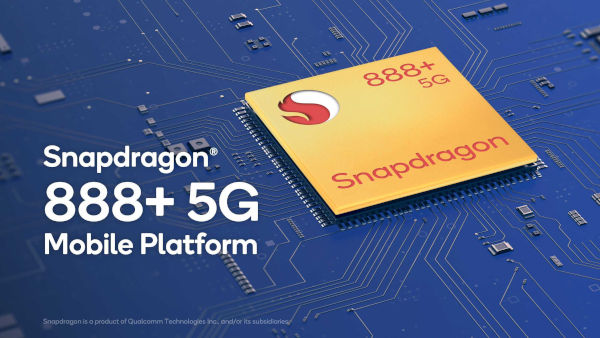 The Snapdragon 888 Plus arrives as an upgraded version of theÂ Snapdragon 888Â announced about seven months ago, and which has powered flagships launched in the first half of the year. The new chipset is expected to power the flagships scheduled for H2 2021.

Qualcomm says the new 5nm chipset boasts improvements in processing and AI when compared to its predecessor.

The prime core of the Kryo 680 CPU is now clocked at 3GHz (the exact speed measured is actually 2.995GHz). That is a boost when compared to the 2.84GHz prime core clock speed of the Snapdragon 888.

The Hexagon 780 AI Engine has also received a 20% improvement in performance. The chip now delivers up to 32TOPS, an upgrade from the 26 TOPS of its predecessor.

These are the two key differences between the new chipset and the Snapdragon 888.

According to Qualcomm, the Snapdragon 888 Plus powered phones are expected to launch in the second half of this year. It has confirmed that some of these phones will be launched by ASUSâ€™ ROGÂ brand,Â Honor,Â Motorola,Â vivo, andÂ Xiaomi.