Samsung recently launched the Exynos 2100 its latest flagship processor. It is expected to power the upcoming Galaxy S21 series that will be launched tomorrrow. In other regions such as the United States and China, the Galaxy S21 series will be powered by the Snapdragon 888. We expect early reviews comparing both variants will surface shortly after the phones are announced, but before then, we want to see how the two chipsets compare on paper. 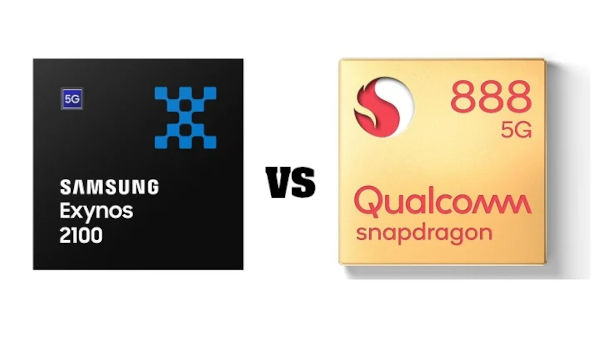 Both the Exynos 2100 and Snapdragon 888 are 5nm chipsets and the shift to a smaller node size brings upgrades in performance and reduction in power consumption when compared to their predecessors. They also feature ARM CPU cores in the same 1+3+4 arrangement and have built-in 5G modems. The table below shows a spec-by-spec comparison of the two processors:

The two chips have the same CPU cores and they have the same arrangement. However, the Exynos 2100 is the winner in this category as all of its CPU cores are clocked higher than those of the Snapdragon 888 processor.

Both chipsets feature new GPUs that bring significant upgrades over their predecessors. We have already seen how the Mali-G78 performs in the Kirin 9000 andÂ Exynos 1080Â processors. However, while all three of these chipsets have the same GPU, their performance varies as a result of the number of cores they have. 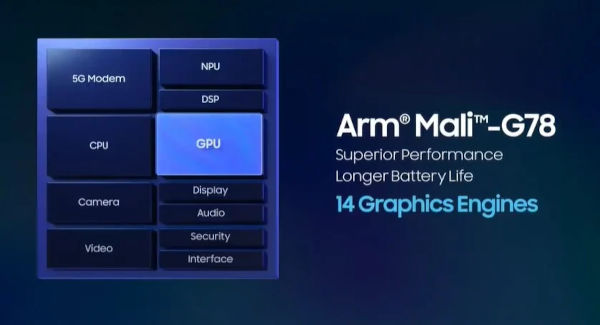 The Exynos 2100 has 14 GPU cores, four more than the Exynos 1080 but ten fewer than theÂ Kirin 9000. An AnTuTu benchmark result already showed us that the Kirin 9000â€™s 24-core GPU is just a tiny bit behind the Adreno 660 GPU inside the Snapdragon 888. With the Exynos 2100â€™s fewer cores, the gap is expected to be wider, though it should be less than the gap between the Exynos 1080 since it has four more cores. 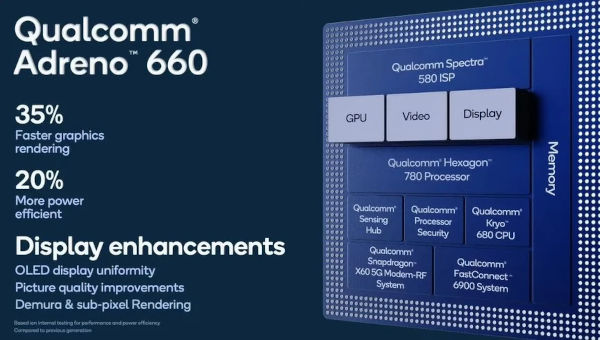 Donâ€™t forget that this is just a paper comparison and a more detailed review will contain more comprehensive details such as game framerates and temperatures.

In this category, we will say it is a tie. The Exynos 2100â€™s triple-core NPU boasts up to 26 trillion operations per second (TOPS), the same figureÂ QualcommÂ touts for the Snapdragon 888â€™s Hexagon 780.

The ISP in the Exynos 2100 boasts some impressive features. From support for 200MP cameras, to support for 4K video recording at 120FPS and 8K video playback at 60FPS, users should be able to see the benefits when they record their precious memories. The chipset is also the first in the industry to have support for the AV1 Decoder for 8K.

The Snapdragon 888â€™s Spectra 580 also packs some punch. Not only does it support 200MP cameras too, but it also has 8K video capture at 30 FPS, and 4K HDR recording with computational HDR.

The two manufacturers have decided to go with an integrated 5G modem for the flagship processors. They both support mmWave and sub-6GHz spectrums. Samsung does not say what Wi-Fi technology its new chipset supports but it should have Wi-Fi 6 but we do not know if it has Wi-Fi 6E which the Snapdragon 888 has.

Samsung has done well with its chipset and fans should be pleased. It has a more powerful CPU than the Snapdragon 888 and its ISP brings some significant improvements. However, Qualcommâ€™s chipset has the GPU advantage and has a great ISP too.

Based on the comparisons, we will say the result is a tie but a real-world comparison of commercial-devices powered by the two chipsets will show us which chipset is better overall.