At its ongoing launch conference, Samsung has today announced the Exynos 1080 SoC. According to the company, Exynos has always been a leading brand in the semiconductor industry. It has been adhering to the corporate philosophy of co-development of performance and efficiency to develop better products for consumers. The theme of the Exynos 1080 to be released this time is “a new generation, flagship experience”. 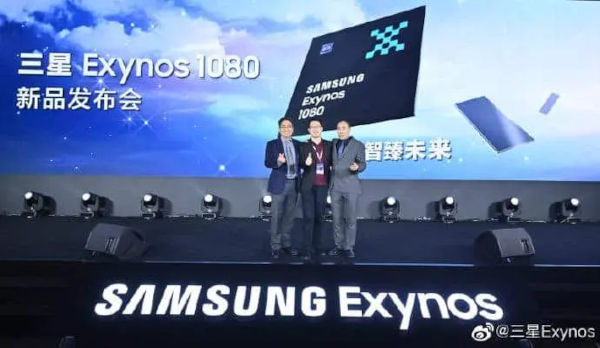 Mr. CY Lee, Vice President of Marketing of Samsung Semiconductor S.LSI, kicked off the grand curtain for this event. The company specifically mentions Vivo as a strategic partner. This suggests that Vivo will be the first company to use this chip.

This time, the Exynos 1080 processor uses a new CPU architecture core. This chip uses the 5nm EUV process as well as the 1 + 3 + 4 architecture. It comes with one 2.8GHz A78 large core for peak performance, three 2.6GHz A78 cores for balanced processing, and four 2.0GHz A55 medium cores for efficiency. It also integrates millimeter-wave dual-mode 5G.  Its single-core performance increased by 50% while the multi-core performance increased nearly twice.

Exynos 1080 is Samsung’s first mobile processor using the most sophisticated 5nm EUV FinFET process technology. This chip uses Samsung’s latest 5G module and supports up to 5.1Gbps download speed. At the same time, it supports the Sub-6GHz frequency band and the millimeter-wave frequency band. Furthermore, it supports WiFi6 and Bluetooth 5.2 technology which improves the connectivity.

In order to make mobile phone photos smarter, Exynos 1080 integrates artificial intelligence technology into the ISP, and the high-performance ISP supports up to 200MP sensor. It also supports up to 6 cameras. Furthermore, this chip supports the traditional 10-bit color shooting and the ability to directly edit HDR10+ videos.

The Exynos 1080 uses the Mali-G78 GPU from ARM. Under the Manhattan v3 standard, the overall GPU performance has increased by 2.3 times. Also, the exclusive development of the Amigo power distribution program makes the high-performance gaming experience more durable. 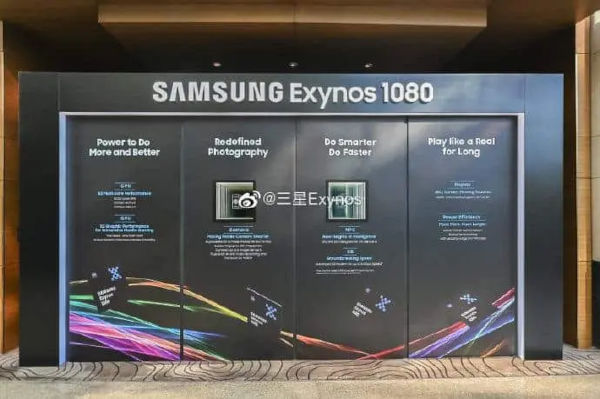 Samsung Exynos will continue to follow the motto of “From the core to the future”, and continue to develop technology and products to bring you more and better experiences! Hope you will keep paying attention in the future!. For more official information on the Exynos 1080 SoC, click this link

First Smartphone To Be Powered by Exynos 1080