After a year marked by a slowdown manufacturing disruptions and in sales, companies are ready to start the 2021 season of flagship smartphones. Samsung will be one of the first companies to introduce a new flagship next year. The company is expected to launch its much-anticipated Galaxy S21 series much earlier than usual. According to reports, the trio of flagships will arrive on January 14. 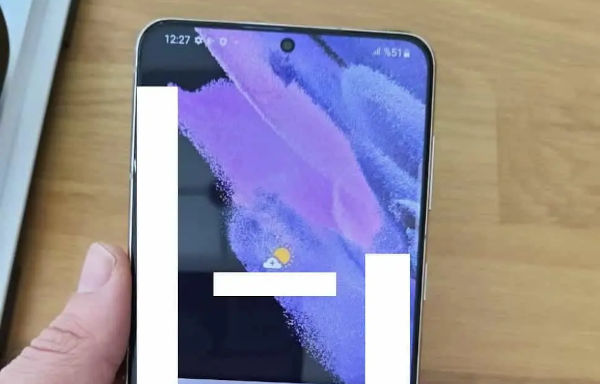 Though the devices are yet to come, the last few weeks have been taken by multiple Galaxy S21 leaks, and today isn’t an exception. The Galaxy S21+ leaked in the wild, giving us a good look at its flat display. Yeah, the device will come with a flat-display after all.

The Galaxy S21+ Live Images Appears In The Wild

The latest leak comes as a courtesy from MariQHD on Twitter. According to him, the images were obtained by an unidentified friend. The source seemingly shared three pictures of the Galaxy S21+. Through the images, we can a clear look at the device’s flat display. The images also reveal just how thin the phones’ bezels are.

i never leak images,
but a friend sent me these, so hey.. pic.twitter.com/npjamUSlTh

The third image in the leak also gives us a good look at the back of the handset. As previous renders have revealed, the device will bring new housing for the triple camera setup.

The irony is that the third image shows a sticker on the S21+ that warns not to take pictures of the device. Apparently, this advice wasn’t enough to put fear in the person sharing the pictures. The sticker also says to not leak information about the device and not even put it for sale.

Disengagement Of 200,000 N-Power Beneficiaries Commence Between Jan and Feb