Linux may not be as popular an operating system as Windows is, but itâ€™s certainly a pretty widely used one; and if youâ€™ve ever wanted to try out an Android app on your Linux system, you mustâ€™ve wondered what the best emulator for that might be. After all, while WindowsÂ andÂ macOS have tons of Android emulatorsÂ that users can try, Linux has basically a dearth of those. 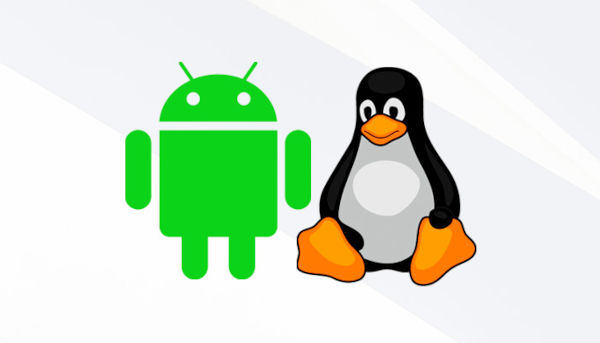 However, there are some Android emulators that are definitely worth trying out, whether it is to check out a brand new game, try out an app, or even for testing an Android app you are developing. So, here are the 5 best Android emulators for Linux in 2020 that you can try.

Here, we have mentioned the 5 working Android emulators for Linux. While there are plenty of emulators out there, most have been abandoned and are no longer in development. So if you want the best Android emulator for Linux in 2020, go through our list below.

Anbox is one of the most unique Android emulators on this list. Itâ€™s perhaps the only emulator on this list thatÂ uses the real Linux kernel of the OSÂ instead of emulating Androidâ€™s Linux kernel.

It basically means thatÂ Anbox runs directly on the hardwareÂ which makes it plenty powerful and much faster in performance. The good part is that Anbox is still in active development which is awesome. 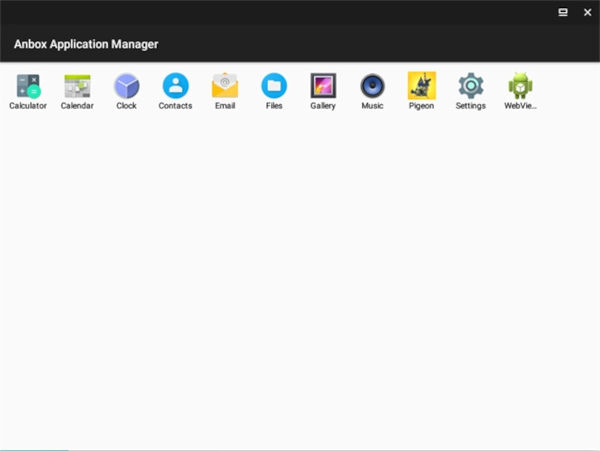 It comes withÂ Android 7.1, which is pretty great for an emulator, and itâ€™s also pretty responsive. That said, keep in mind, Anbox does not come with Google services installed. However, you can sideload it using ADB. You can install APKs on Anbox using the â€˜adb install <path_to_apk.apk>â€˜ command.

Apart from that, keep in mind, Anbox uses the Snap package manager to install on Linux systems. It means that Anbox can turn out to be theÂ best Android emulator for UbuntuÂ in 2020. In case you are running other distros then you can surely install Snap and then proceed with Anbox.

Genymotion is one of the most popular Android emulators available on Linux (itâ€™s also available on Windows and macOS, by the way) that you can try, and itâ€™s by far one of the best ones out there. Unlike most emulators, Genymotion brings aÂ good-looking interfaceÂ that will make you feel right at home.

You can create a virtual device and just jump right in. By default, virtual devices in Genymotion come with the barebones, but if you want to install apps from the Play Store, GenymotionÂ gives you a handy button toÂ install Open Gapps on your virtual deviceÂ in just a couple of clicks. Itâ€™s pretty cool, and once youâ€™ve installed Gapps, you can basically install just about any app you want to try.

Itâ€™s perfect for not just trying out that random Android app you found or are interested in, but itâ€™s also great for testing an app youâ€™re developing on your own. It comes with a bunch of awesome features aimed at developers including the fact that itâ€™sÂ fully supported by Android Studio, so you can directly run your app from inside Android Studio and have it open in a Genymotion emulator. 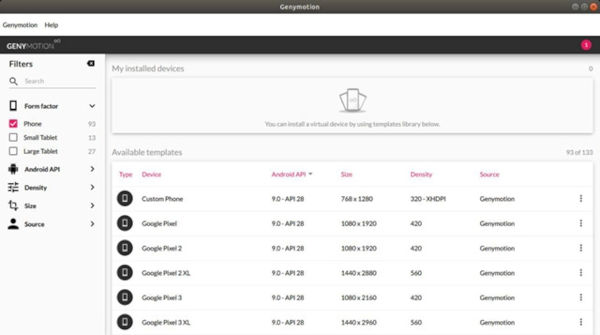 If youâ€™re looking for an emulator to play Android games on, Genymotion is probably not the one for you. I tried installing PUBG Mobile and Free Fire on it, but it simply says that the device isnâ€™t compatible (probably an emulator thing). IÂ did install Pigeon PopÂ on it, and that works fine, but there were visible input delays, which are not acceptable if youâ€™re trying to play a game. 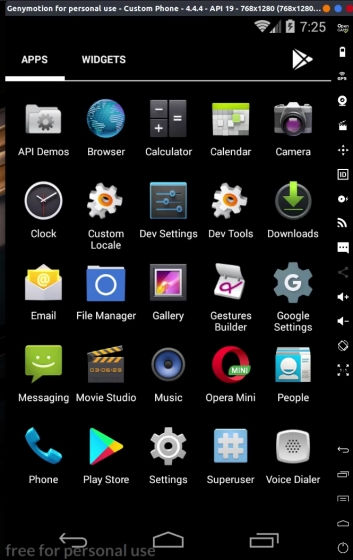 Download: Check out GenymotionÂ (Free for personal use, paid plan starts at $136/year)

This is anÂ open-source project, which means you can check out the code-base if that interests you. However, the best part about the Android-x86 project is that itâ€™s updated quite frequently, and currently has aÂ stable release available based on Android Pie. 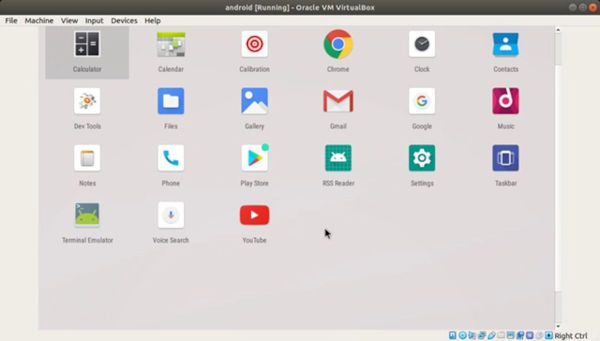 Installing Android-x86 on your Linux system is pretty straightforward, which is definitely great. You simply need to download the Android-x86 ISO file to your system, create a new virtual machineÂ on Virtual Box and set the ISO to be the boot-up device. From there, you can easily install Android on your VM.

Overall, Android-x86 feels slightlyÂ less responsive than Genymotion, but itâ€™s not an issue, especially if youâ€™re just gonna be using it to test apps. If gaming is what youâ€™re after, well Android-x86 is probably not the emulator youâ€™re looking for.

While youÂ canÂ play games on it, in my experience, youâ€™ll not have a smooth and seamless experience here. Simply put, Android-x86 is among the best Android emulators for Linux in 2020 and you should give it a try.

If youâ€™re a developer and youâ€™re looking to use an emulator thatâ€™s officially supported by Google and lets you create multipleÂ virtual devices running anything fromÂ Android Lollipop to Android Pie,Â WearOS, and even Android TV, well, the official â€˜Android Virtual Deviceâ€™ manager (or AVD Manager) included with Android Studio is the one for you.

Youâ€™ll just have to install Android Studio on your Linux-based system, and once youâ€™ve launched the software, you can simply head over to â€˜Tools -> AVD Managerâ€˜ to create your first virtual device in Android Studio.

However, the biggest reason why a lot of developers prefer using a third party emulator instead of the official one from Google, is that itÂ loads pretty slow. Sure, things have improved over time, but itâ€™s nowhere near as fast to load as something like Genymotion. 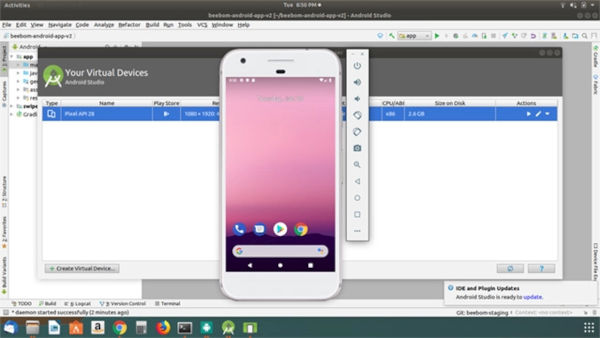 However, for developers, this is definitely the most flexible option to go with. After all, it not only offers the ability to create multiple virtual devices running anything from Android 5 to Android 11, it also lets you create virtual Android TV devices, and virtual wearOS devices, so you canÂ test your apps on all of Googleâ€™s most commonly used operating systems.

Plus, it comes with all the features you might need to test your app. You canÂ rotate the emulator, change the location, battery, and network conditions, use the camera, and do a lot more with the Android Studio emulator. If youâ€™re a developer, you should definitely give it a shot before you check out other emulators.

If youâ€™re looking to run Android apps on your Linux system without having to install a separate emulator for them, ARChon might be something that interests you. ARChon basicallyÂ lets you run Android apps in Chrome, so you can check out apps without having to worry about downloading emulators, creating a virtual device, or that UEFI secure boot issue that cropped up with Genymotion.

ARChon simplyÂ installs as a Chrome extensionÂ on your system (there are instructions on the website that you can follow), and from there onwards, you can use any of the various tools mentioned in the website toÂ convert Android apps into ARChon compatible apps and just run them directly in Chrome. 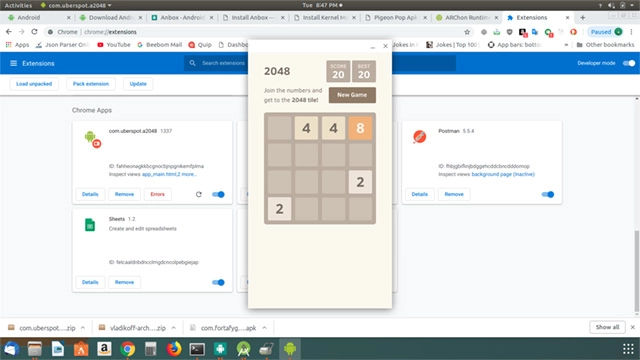 I tried this out with the sample 2048 app that ARChon provides, and it works pretty well, and Iâ€™m fairly certain that most other simple apps like this one will run without any issues using ARChon. That said, bear in mind, theÂ development has stoppedÂ so you might run into issues with the latest Android apps. Nevertheless, go ahead and give it a try.

Q. Can I Run Android Apps on Linux?

Absolutely, yes. There are many solutions like Anbox, Genymotion, Android-x86, etc. that lets you run Android apps on Linux. Go through our article for more information.

Q. How Can I Run Android Apps on Linux Without Emulator?

If you donâ€™t want to use an emulator then you can run Android-x86 on a virtual machine. Next, you can install it as a full-fledged native operating system alongside your Linux system. Other than that, you can use Genymotion to run Android apps in a browser.

Q. Can You Install APK on Linux?

Q. Is Anbox an Emulator?

Yes, itâ€™s popularly called an emulator, but in reality, it does not emulate or mimic the Android system on top of Linux. In fact, it uses the real Linux kernel of the OS to run Android. This way, the performance remains much better.

Run Android Apps on Linux With These Emulators

Well, those were the 5 best Android emulators for Linux that we think you can check out. Whether you want to test an app you are developing, or you just want to try out a new Android app on your Linux PC, these emulators should meet your expectations.

We did try to find an emulator that we could recommend for gaming as well, but unfortunately, none came to our attention. That said, if you know of an Android emulator for Linux that performs well in gaming, let us know in the comments down below and weâ€™ll definitely give it a look.

WhatsApp vs Telegram vs Signal vs Messenger: Personal Data Collected by...

The First Batch of Refurbished Smartphones With /e/OS Are Ready For...