An emulator is an app that allows you to run software designed for a particular system on another system. So, the work on of Android emulatorÂ on PC is to allow you to run Android apps on your Windows laptop or desktop. Software developers benefits immensely from this when testing the apps they are working on, as well as consumers who want to enjoy certain Android apps on their computers. Here is our list of the best Android emulators on PC.

ALSO READ:Â Video: How to use WhatsApp on PC without Connecting Your phone

AMIDuOS is an Android emulator targeted at business/professional users more than at consumers and gamers. Thre is a free trial and then you have to pay a fee to continue to use it. AMIDuos supports Android Lollipop and Jelly Bean.

Andy OS is free for personal use, but there are paid versions for professional/business use. This emulator lets you simulate many actions you can carry out on your Android tablet or phone. This includes adding widgets to your home screen and receivingÂ appÂ notifications.

Bliss is free and supports Android Oreo, which is a rare thing among emulators. But â€“ and a huge one it is â€“ it is better suited to the needs of professional users e.g. developers. If you are not comfortable with complicated installation procedures and all, just run away from this.

Bluestacks markets itself as a means of playing Android Games on PC. Like movies, gaming is better on a big screen. As such, BlueStacks android emulator provides an easy way to find and install Apps. In addition, It is compatible with both Windows and Mac computers.

Gamers will like Nox. Apart from being free, it lets you install APK files, take screenshots and even simulate the touch feature same way it works on a smartphone, if your PC has a touch screen. 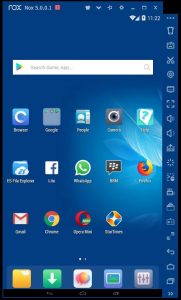 Droid4X is available for free, and should attract gamers because of its compatibility with gaming controllers. However, it has one of the most basic interfaces. 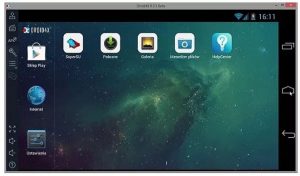 Google also provides an Android emulator you can use as part of itsÂ Android StudioÂ package for developers. It is highly technical to install and setup though, so if you are not a developer, you might want to stay away from it. Interested developers can check it outÂ HERE.

These are not the only available Android emulators for PC, but we are almost certain that one of the above will meet your needs. Should that not be the case, jump on your favourite search engine and you will be able to come up with more alternatives to try out.

N-Power Batch C: How To Check Your Selection Status