Back in 2015, YouTube added support for 8K videos, even before 8K cameras or TVs became commercially available. Five years later, we now have smartphones that can shoot video in that resolution and there are some 8K TVs. Though they are pricey but not completely out of reach. 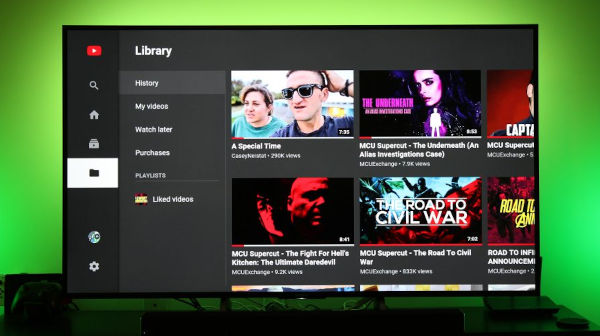 YouTubeÂ is reportedly rolling outÂ 8K streamingÂ support for selectÂ Android TVÂ users as part of the companyâ€™s plans to possibly bring the feature to all users everywhere. According toÂ Android Police,Â the feature is rolling out with YouTube version 2.12.08 on Android TV v10 and above, with the updated changelog stating â€˜Limited 8K support to Android 10 and upâ€™.

Here is probably theÂ first 8K video to be uploadedÂ to YouTube, it seems a fitting video to watch first. Even if you don’t have an 8K TV, the extra bandwidth should result in better image quality.

The new app also adds support forÂ Cast Connect. This is an enhancement of the original protocol, which makes it easier for developers to build Cast-enabled apps. The apps can be controlled using the TVâ€™s remote, making for a more native experience. The interface to pick a resolution has been improved as well.

Anyway, an early version of the changelog also mentioned AV1 HDR playback, however that has since been removed (and Cast Connect was added). The YouTube for Android TV added AV1 support in April of this year, but it seems that work on HDR is still ongoing.

YouTube Is Testing Swipe Gestures To Skip To Next Video In...

Nigeria: A Hell-hole for Christians by Fani-Kayode