What began with a massive number of notch copycats has now flourished the era of almost bezel-less smartphones, now available even from N50,000 and above in Nigeria. However, phone manufacturers are still not satisfied and the mission of trimming bezels has led to newer implementations like the hole-punch or pop-up cameras.

Weâ€™ve seen a couple of smartphones, including theÂ Galaxy S10 lineupÂ and Honor View 20 adopt the hole-punch, but the pop-up camera trend seems to be catching more heat and weâ€™re going to see an onslaught of devices with the pop-up camera in the coming weeks. Vivo and Oppo, the pioneers of the pop-up trend, are leading the pack right now with the Korean giant Samsung dipping its toes into the market with its own innovative take.

So, if youâ€™re not the biggest fan of the notch, not even the waterdrop notch, and can live with mechanical moving parts on your smartphone, then youâ€™re in the right place. Weâ€™ve compiled a list of the best pop-up camera smartphones for you right here:

Vivo is known to have kicked off the motorized pop-up selfie camera trend the previous year with the Vivo NEX (also ranks in the list but down below) but is now subsidizing its innovation by making it accessible to the masses withÂ vivo V15 Pro. The phone maker is confident in its pop-up mechanism and has gone all out with theÂ inclusion of a 32MP (f/2.0) sensor that opens up in just under 0.50 seconds. 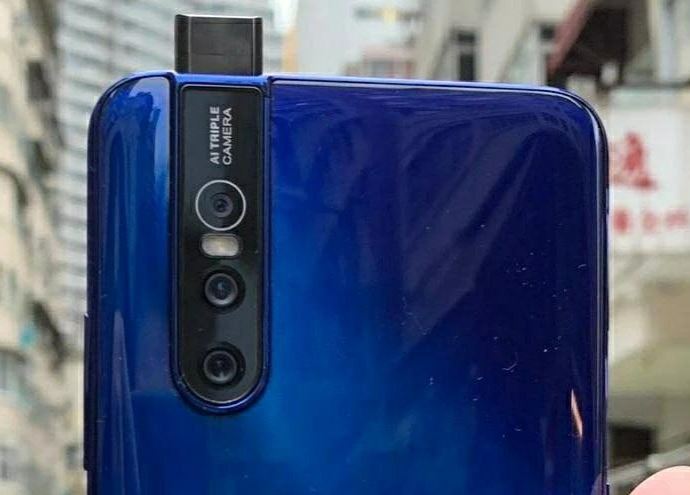 The pop-up selfie camera also brings in tow Face Unlock, rising rapidly and taking you to the homescreen under a second. Apart from this, youâ€™ll get a 48MP+8MP+5MP triple-lens setup on the rear to click some awesome shots. The smartphone has a bezel-less display, has been powered by the Snapdragon 675 SoC, and brings all other features you expect from a modern device â€“ except for a USB Type-C port.

Well, it might come as a surprise but Samsung has also stepped up its innovative efforts with the launch of the Galaxy A80. Itâ€™s theÂ first smartphone to come with a rotating camera in a sliding module. The idea is similar to what weâ€™ve seen on the Oppo N3 in the past, making it possible to use the 48MP+8MP ultra-wide+TOF depth camera as the front camera.

Apart from the rotating triple-camera setup, the Galaxy A80 sports a bezel-less 6.7-inch display and is powered by the Snapdragon 730 chipset. Thereâ€™s an in-display fingerprint sensor, 25W fast-charging and more on board, however, the speed and mechanics of the rotating camera module has everyone wary.

If all you really want it to flaunt a smartphone with a pop-up selfie camera, just for the heck of it, and donâ€™t really want to splurge a lot, then the vivo V15 would be your best pick. It offers the same 32MP motorized pop-up camera weâ€™ve seen on its elder sibling â€“ the vivo V15 Pro. This pop-up module is also pretty snappy and sturdy, opens in under 0.50 seconds but with no Face Unlock in tow. 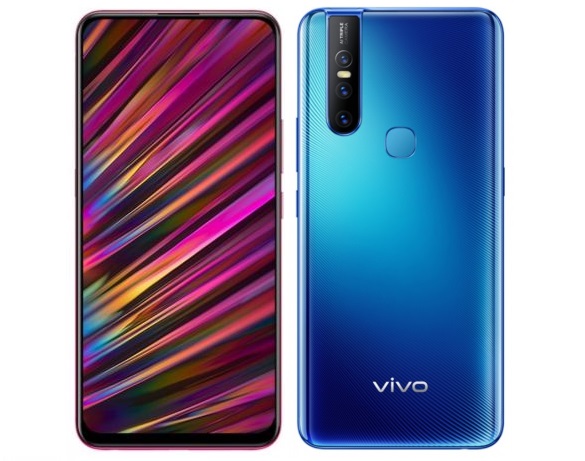 The highlight of this smartphone may be a pop-up selfie camera, but the hardware that goes along with it isnâ€™t sub-par as well. You get a massive 6.5-inch Full-HD+ bezel-less display with no notch-related intrusions. The Vivo V15 is powered by the MediaTek Helio P70 chipset, coupled with up to 6GB of RAM and 128GB of storage. Thereâ€™s a triple-lens setup on the rear, featuring a 24MP primary sensor, 8MP ultra wide-angle lens, and 5MP depth sensor.

If youâ€™re still looking for an affordable smartphone with a pop-up camera, then the Oppo F11 Pro is also a pretty worthy contender â€“ sitting right next to vivo V15. The Oppo F11 Proâ€™s selfie camera is a 16MP (f/2.0) shooterÂ that would help you click some pretty awesome photos. Unlike Vivo, Oppo has centered the pop-up camera, aligning it with the rear cameras, to bring symmetry to the overall design.

Apart from this, Oppo F11 Pro features a tall 6.53-inch bezel-less screen, is powered by MediaTekâ€™s Helio P70 chipset, sports a 48MP primary rear camera, a physical fingerprint sensor (though I wouldâ€™ve loved an in-display one), and a massive 4,000mAh battery. It hosts a microUSB port, with 20W VOOC charging support though.

If youâ€™re a Marvel Avengers fan and are ready to splurge a little extra, then theÂ Oppo F11 Pro Avengers EditionÂ could further pique your interest in this smartphone.

Just when we thought notches or pop-up cameras couldnâ€™t get weird, Oppo has launched its newest lineup â€“ Oppo RenoÂ and it carries a wedge-shaped, shark fin-like pop-up camera. The company has baked into the motorized pop-up a 16MP (f/2.0) sensor, which takes a second at least to open from one edge, and houses the rear soft flashlight as well. There isnâ€™t much delay in the pop-up process and itâ€™s pretty decent. 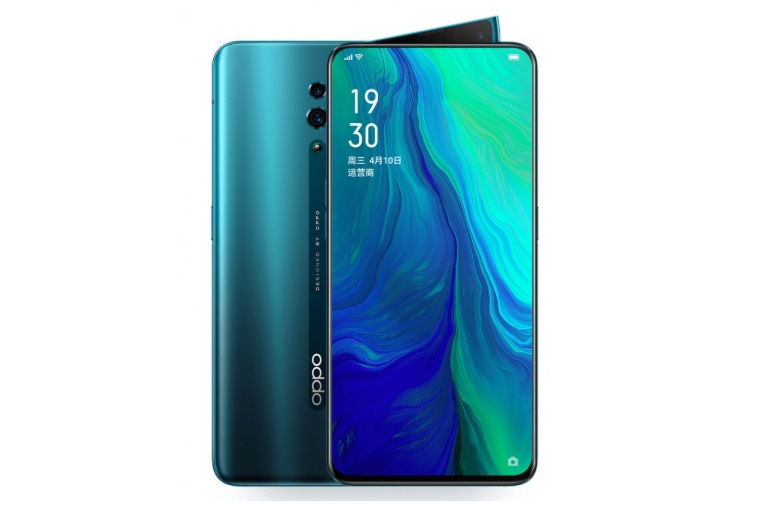 As for other hardware specs, the Oppo Reno is powered by the Snapdragon 710 chipset, coupled withÂ up to 8GB LPDDR4x RAM and 256GB UFS 2.1 storage. Thereâ€™s Android Pie-based ColorOS 6.0 and a minimum of 3,765mAh Li-ion battery on board.

Well,Â vivo NEXÂ is the smartphone that started it all. It kicked off the pop-up camera trend to make it possible for users to enjoy a bezel-less experience while still being able to click selfies. Though a first-generation smartphone, the NEX is still a great option for users who are looking to buy a powerful device with a pop-up camera, which is an 8MP(f/2.0) sensor. 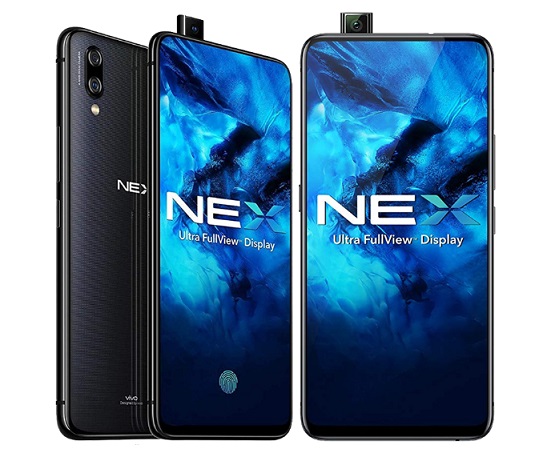 The Vivo NEX is a flagship smartphone with a tall 6.6-inch Full-HD+ bezel-less AMOLED screen. It is powered by the Snapdragon 845 chipset, coupled with up to 8GB RAM and 256GB internal storage. Thereâ€™s a dual-camera module on the rear, with a 12MP (f/1.8) primary sensor and 5MP (f/2.4) sensor.

And finally, we have Oppoâ€™s ambitious effort at creating a fluid and flawless smartphone with no visible camera â€“ either on the front or the rear. The Oppo Find X came with motorized module which raised the upper half of the body was pretty innovative and impressive. Oppo baked a primary 16-megapixel f/2.0 sensor, and a 20-megapixel f/2.2 secondary sensor on the rear, along with a 25MP selfie camera. 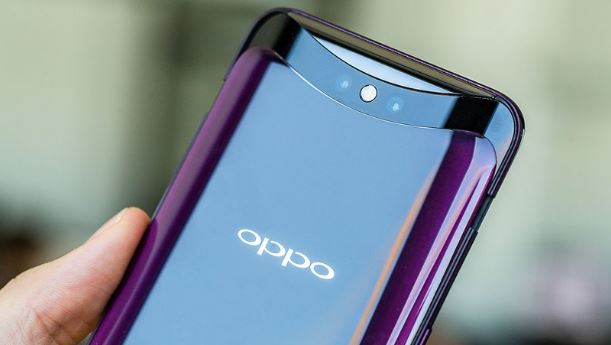 Moving on from the pop-up cameras, the Oppo Find X is yet another flagship smartphone with a curved bezel-less display and Snapdragon 845 chipset in tow. You get fast-charging and all the modern features you expect to see in a smartphone here.

While we expected phone makers to carry forward theÂ hole-punch trendÂ to further trim bezels in 2019, it appears like the pop-up camera is gaining more traction and attention from them. Vivo and Oppo have both readily accepted the trend with open arms, but its fiercest competitors including Redmi and Realme are also ready to offer users the same technology â€“ possibly at an even affordable price.

So, which of the aforementioned pop-up camera smartphones catches your fancy? Leave your thoughts and picks in the comments below.