Though one of the major Android updates â€“ Android 9 Pie â€“ has been officially announced yesterday, Google is still striving to make its mobile OS more optimized. Thus, the tech giant has today confirmed its acquisition of GraphicsFuzz, a company well-known in developing tools that help benchmark mobile graphics. However, no word on how much the deal worth for now.

The report was first deilvered by XDA Developers, GraphicsFuzz major in testing the reliability and security of graphics drivers for both PC and mobile platforms using in-house developed GPU-testing tools. They help discover bugs or loopholes in GPU drivers and then report them to OEMs, and vendors. 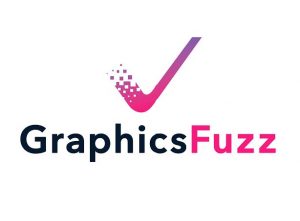 What Next After The Acquisition?

Team members of GraphicsFuzz who are three in numbers, Alastair Donaldson, Hugues Evrard, and Paul Thomson will now be working with Googleâ€™s Android Graphics Team. Theyâ€™ll now join hands together to work towards the integration of their GPU driver testing technology in the Android ecosystem. Speaking on the acquisition,

The acquisition by Google is a fantastic opportunity to maximize the worldwide impact of our graphics driver testing technology.

GraphicsFuzz has pioneered the combination of fuzzing and metamorphic testing to yield a highly automatic method for testing graphics drivers that quickly finds and fixes bugs that could undermine reliability and security before they affect end users.

This acquisition may not directly affect the user-end graphical features but will certainly enable the Android team to find and patch any hidden loopholes. Graphics drivers are a major component of the whole experience and GraphicsFuzzâ€™s acquisition can surely be beneficial for future development.