Over the years Google has been introducing several new features as well as refining the old ones in its Android OS. Every version has improved the overall experience of smartphones, and now the search giant finally released Android 12 Developer Preview 1 featuring several new advancements and features. It brings Developers access to highly effective APIs which will further improve the overall stability of the Android OS and adds new features. 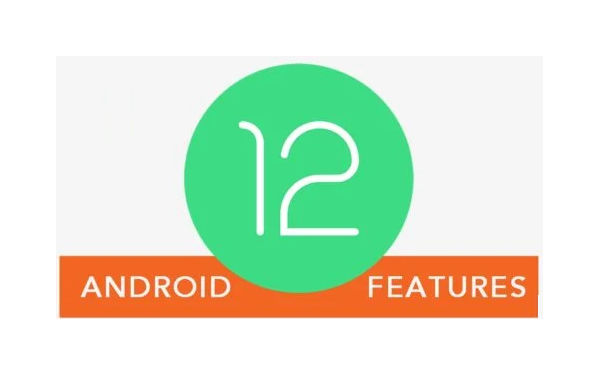 The Android 12 is still several months away from its stable release. However, the Developer Preview of the same has revealed a good deal of new features.

Google is using the same release date as Android 11 last year. It seems the final build will also follow the same suit this year.

Below is the listing of all the prominent changes spotted in the Android 12 Developer Preview.

New Notification UI: Notifications are an important aspect of a smartphone OS. There are significant visual changes with smoother transitions and tweaks across the notifications area. Google has introduced a translucent background in the Notification pane, it was missing in Android 11. The icons remain the same but the color changes are present.

Moreover, the notifications will be more responsive and rapid in comparison with the old Android version.

Settings Panel: There are such big changes but much-needed refinements are part of the package. Bigger toggles are present for easy accessibility in the panel. Moreover, it resembles a bit like the OneUI skin from Samsung. Maybe, it is due to the blue background or something else.

LockScreen: A slight change on the lock screen is also seen if you are using a pattern to unlock. It even includes a translucent background.

The Android 12 was expected to introduce the new theming system, but it is not present at least on the Android 12 DP1.

Wi-Fi Sharing with Nearby Button

Android 12 brings improved editing options for screenshots. The latest additions in editing tools are the ability to add texts, Emojis, and stickers. It might reduce the dependence on third-party apps if running vanilla Android.

Easy Audio Source Selection: Android 12 enhances the media player present in the Quick Settings. The user can now allow you to turn off media player in quick settings for YouTube, Spotify, etc, or vice versa.

Smartphones are getting bigger, and it has become quite difficult for users to use them single-handedly. As a solution, the Android 12 has come up with a One-Handed mode on the line of Samsung’s OneUI and OnePlus OxygenOS.

Android Runtime (ART) finally makes its way to the Play system updates program which is known as Project Mainline. It means Google will allow third-party developers or companies to push key updates via Google Play.

The latest iterations improve the gesture navigation while using the immersive mode. It is now easier and more consistent in Android 12.

Finally, a year after it was initially spotted on Android 11 DP, the scrolling screenshots have again made it to the Android 12 Developer Preview. The same feature is present for the past couple of years on customized skins like Samsung’s OneUI, OnePlus’s OxygenOS, and Xiaomi’s MIUI.

Yes, the iOS-like Smart Stack have finally made their way through Android 12 DP. The users would be able to enjoy multiple widgets of the same size via the same placeholder. It will be a quite useful addition to the Android ecosystem and will significantly boost the usage of widgets.

It is an important option that is since Android Oreo but is a bit complex to use. Now, a single snooze button is made available which is easily accessible by heading to Settings>Apps and notifications>Notifications>Allow notification snoozing.

Behind the UI Changes

Android 12 is natively bringing the SameSite cookie to action while using WebView. However, this type of cookie handling is already present for prominent Android browsers.

Earlier, there were rumors that Android 12 could come with a Game Mode. However, it is not seen yet in Android 12 Developer Preview 1, but haptic-feedback to game controllers is present. It will allow the users to pass on the vibration to the connected gaming controllers.

Android 12 is offering App developers to use a native transcoding layer so that they can take advantage of video compression. It is just an in-case solution, however, Google recommends the app developers to make their own apps compatible with new compression standards such as HEVC.

As like Webp format for images to save disk space and improve website’s speed, Google has introduced support for a new image format AVIF. It is a better image format than JPEG and offers improved image quality with a smaller file size.

These are some prominent changes that are part of Android 12. More changes are expected to surface before the official stable build rolls out in Q3 of this year.

How To Buy and Sell Crypto in Nigeria, Withdraw in Naira To Your Bank Account