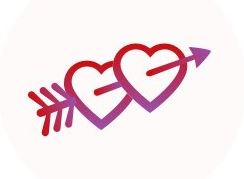 Connect with your crush on Twitter with the help of twinderbot

As a Twitter user, then you should be familiar with “shooting your shot”, and if  you don’t know. It means to take a pretty chance and talk to that boy/girl that you think is cute. Well, people have been shooting shots but despite of being the second largest users of Twitter in Africa, Nigerians has taken the stuff to another level.

A Nigerian developer, Timi Ajiboye has created a bot known as Twinder (@twinderbot), which can basically be described as Twinder for Twitter – the bot helps you match with your twitter crushes.

If the user’s shot is successful, s/he will get a DM from Twinder with the message,

“Yay! You have matched with [your crushes handle]. Coast is clear! Slide into the DMs now!!!”.

If there are no hits on your shot, you just get “blueticks” – the bot even warns you not to hold your breath.

A few people have got there arrows on target while some misses theirs. See sample below;

@twinderbot just sent me the 3 magic words “Coast is clear” 🙌🏾

Shot my shot on @twinderbot more than 24 hours ago, still no match 😒😩 pic.twitter.com/i2mJq7L5GL

Twinder claims that it will never reveal your shots, so don’t worry if you don’t succeed, only the devs and you know about it. So far, the bot has over 570 followers, we don’t have stats on how many were successful and how many were a miss but if you’ve been curved before, you should probably try Twinder and cross your fingers that maybe, maybe someone out there feels something for all the memes you have been posting.