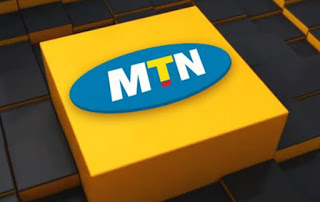 Is MTN trying to kick its third party data re-sellers out of
business? What is the company’s motive behind this recent move? Well, this is not the
first time the telecom operator would be increasing the price of its data
plans. One would wonder the motive behind this indiscriminate increase when
price of data plan continue to drop in other countries.

Check the SMS recently sent to all MTN SME resellers with
the message; 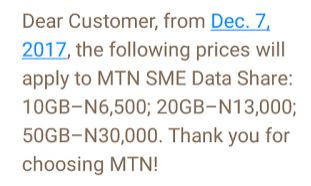 This message sent simply implies that effective December 7, subscribers
who patronises third party data reseller would no longer be able to buy 1GB
which ranges from ₦550 to ₦650. So, let us expect increase in price as well. I
guess this latest move by MTN is to encourage people to purchase its data
directly from its server instead of patronising third party resellers.
Well, if you need data now, quickly go and buy it in bulk
for now.
Join Us On Telegram
ALSO READ:  Covid-19: Glo Introduces 1.25GB Data Bundle For N200 To Support Subscribers; How To Subscribe
Advertisment