All You Need To Know About Android Oreo Go Edition 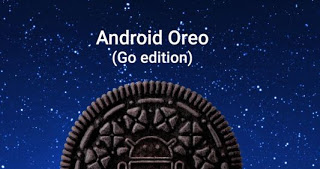 What do we know about Android Oreo Go Edition? Google has
plans to ensure the whole world are all smartphone users, a project similar to
the one that Nokia once championed. However, getting the next billion is a task
that appears impossible due to some economic factors attached to it. We are actually
talking about the third world.
Imagine using an Android smartphone with 512 MB RAM and 8 GB
internal storage, which some of might have done before. It could so frustrating
and tiresome. At time, you find yourself leaping from one problem to another in
an endless loop. All this are due to one’s pocket size.
Google took this into consideration and tries to offer more
efficient version of Android that can address this market segment and to provide
even more affordable Android smartphones.
And now, Google’s solution to this problem is Android Go
Edition, and its first version is ready – Android
Oreo Go Edition.
What Is Android Oreo
Go Edition?

The streamlined versions of Google’s apps that will come pre-installed
into Android Go Edition includes the following:
It appears Google has found itself very busy and are moving
ahead with this next billion project. The tech giant states that they have also
been working with 3rd party app developers and manufacturers to ramp up support
for Android Go. So, we perhaps see more lite
apps going forward.
The first set of budget-friendly Android devices running Oreo
Go Edition will hit the markets in the coming month, so expect those product
announcements soon. Perhaps finally, those first world smartphones for third
world markets will finally arrive.
AndroidAndroid Oreo Go EditionGoogle AssistantGoogle Files GoYouTube Go
Share