By Andre Falana On Nov 16, 2017
Share
Join Us On Telegram
The tweet from the popular Evan Bass (A.K.A @Evleaks)
revealed that Doogee is on the verge of producing a curved-screen device. This
tweet came with a couple of photos to stand his claim. Recall that two tech
Giants – LG and Samsung – had both announced similar thing some years back by
releasing smartphones with curved displays. 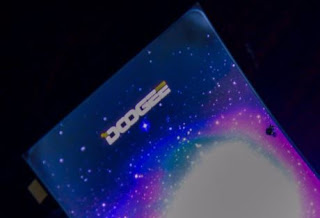 Samsung unveiled the Galaxy Round, a phone with a screen
curved along its vertical axis, kind of a taco shell in shape while LG in its
own case released two generations of its LG G Flex – a smartphone with curved
screen along its horizontal axis. When inserted into a pocket, it was flexible
enough to go flat and then return to its curve.

Remember the Galaxy Round and LG Flexes? Well next year Doogee will try its hand at a curved screen device, with 18.5:9 aspect ratio, 6GB of RAM, and 128GB storage. pic.twitter.com/NFD6TaYloX

However, the Doogee device would feature 18.5:9 aspect ratio
display with 6GB of RAM and 128GB of internal storage. From the attached images
in the tweet, it could be seen that the device will have a flexible display,
with Doogee’s branding on it. This is probable some kind of prototype display. 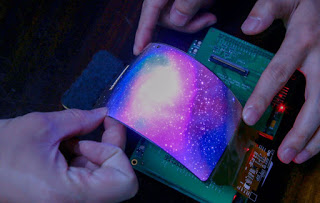 Doogee joined the bezel-less train with the making of the
Doogee Mix- a near-bezel-less smartphone. However, incase this leak becomes a
reality, of what relevance is the curved-display form factor going to bring. 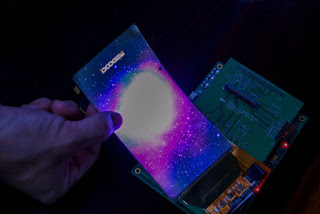 Recall
that of curved-display device like the LG G Flex generations are still waiting
for a new member. Is this still going to be a marketing gimmick or really
useful to human lifestyle? What do you think?

Leaks: Checkout the full specs of Gionee M7 Plus