By Andre Falana On Nov 16, 2017
Share
Join Us On Telegram
Remember when Apple CEO Tim Cook joked that the new security
in iPhone X that replaced the TouchID, which is the almighty FaceID can be
unlocked by your twin. However, this appears to be taking another shape your
kids could unlock it as well. That’s what the Malik family found out when
10-year old Ammar unlocked his mom’s iPhone with no issues at all.
Related Posts 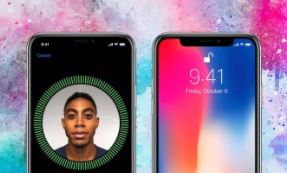 And Malik didn’t even need to make use of a fancy 3D printed
mask as some security researchers used to deal with Apple’s new biometric
security. He has his mother’s genes and that proved enough. Here, watch the
mother and son team do a demo:

Apple belives that the chance of a random person unlocking
the iPhone X via FaceID is 1 in 1,000,000, compared to 1 in 50,000 for TouchID.
That may be true for a random person, but family members obviously have a much
higher chance.
Friends of the Malik family say that Ammar looks more like
his father though FaceID doesn’t think so – he can unlock his mom’s iPhone X
but not his dad’s.
Anyway, it seems that you need to be careful when first
setting up FaceID. Doing it indoor at night can mess with the accuracy. When
the mom set up FaceID again (in good light this time), Ammar was no longer able
to fool the phone.
Earlier, a pair of brothers posted a video of them fooling
FaceID but the issue in that case proved to be the PIN – one sibling knew his
brother’s PIN and used it to unlock the phone a few times. Each time you unlock
the phone with a PIN, FaceID recalibrates so eventually it learned both their
faces.
The Maliks claim this is not the case with them as Ammar
doesn’t know his mom’s PIN.
Via: GSMArena
FaceID
Share

Face Match On Google Assistant: How It Works

Face Match On Google Assistant: How It Works