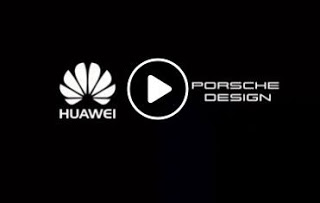 Several speculations confirmed that Huawei would be
showcasing the Mate 10 and the Mate 10 Pro on Monday at an event. According to
a hint, Huawei is working on a third phone called Huawei Mate 10 Porsche
Design.

The Chinese company released a 5-second video on its Facebook page
where it confirmed the making of a third Mate 10 variant.
The short video is illuminating enough. The Mate 10 Porsche
Design will most possibly land with extra elegant design and more expensive. At
a point the “Porsche Design” moniker shows as well as the Huawei’s logo.
The Facebook post says “The
most advanced technology meets the most expressive design on 16.10.2017.
#Huaweimate10 #PorscheDesign”.

Huawei already confirmed the Mate 10 series will come with
Android Oreo 8 out of the box. The regular Mate 10 is expected to feature a
fingerprint scanner on the front while the Mate 10 Pro will likely feature it
on the rear. The Mate 9 Porsche Design was founded on the Pro version last time
around so one should expect something similar.