By Andre Falana On Sep 11, 2017
Share
Join Us On Telegram
The old trackball has
resurface again after more than a decade of optical mice 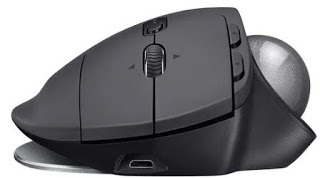 Apparently, there are people who remember the good old
trackball with nostalgia. Perhaps it reminds them of when things were simpler.
That has prompted tech company Logitech to bring back the trackball after more
than a decade of optical mice. However, this new product from the company is
not exactly a mouse. It looks like one, though: it is the Logitech MX ERGO
wireless trackball. 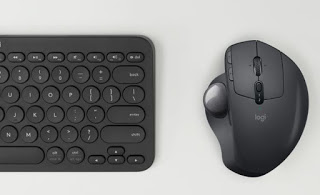 This device works similarly to a mouse. All you need to move
in this case is your thumb. In fact, you will move your thumb a lot with the
Logitech MX ERGO. However, this should not dissuade potential users of the
trackball. After all, there are also some practical benefits to using the
device, like the ability to keep your hand at rest at all times, and the fact
that your cursor movements would be more precise.

There’s a particular class of people who would find the
modern iteration of the trackball quite useful. This group of people includes
people who make use of engineering software and computer-assisted design. Thus,
the Logitech MX ERGO is fittingly designed to complement the newly announced
Logitech CRAFT keyboard. This keyboard has a Surface Dial as one of its
distinguishing features. However, unlike the Surface Dial, the Logitech MX ERGO
trackball can go in whatever direction you want it to.
Despite all that has been said above, it is pretty obvious
that the device is only meant for a niche market. Thus not everyone will find
it useful. However, those that do will have to pay $99.99 for the new Logitech
wireless trackball.
LogitechMouse
Share

Blackberry gives reason why Priv will not be getting Nougat update