By Andre Falana On Sep 1, 2017
Share
Join Us On Telegram
Instagram has announced a new update to its mobile app. The app now allows users to select either a portrait mode or a landscape mode when trying to upload multiple photos and videos in a single post. 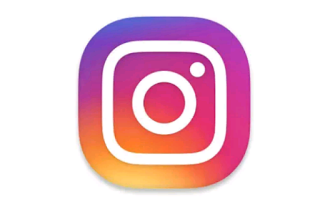 This new feature is intended to improve how you share photos and videos. Before now, Instagram only allowed an aspect ratio of 1:1 for photos and videos.
However, with this restriction removed, you can now share photos and videos in either portrait mode or landscape mode, depending on the suitable orientation of the photo or video.
As we all know, earlier this year Instagram added a feature that allowed users to upload as many as ten pictures at once. However, Instagram users were forced to crop their photos to fit that 1:1 aspect ratio, which may not have been palatable to some users who might have taken pictures of a larger size. Now, users no longer have to crop out parts of their photos before they post them on Instagram.
Related Posts

The latest feature is a move by the social media giant to increase its user base. Right now, Instagram has more than 700 million users. Some of the recent improvements to the app were rolled out in June, which included the ability to re-share live videos to Instagram Stories. This helped users to retain live videos even after they had ended.
Furthermore, there was an Archive feature, which allowed users to remove certain posts from public view, while keeping it on Instagram for later viewing.
Also, in May, the company also worked on its mobile website. This was to allow users upload photos if the mobile app is not available at the given time.
However, this might just be the most important feature of the app, as a lot of people take photos of various dimensions. Now, these pictures can be posted in landscape mode too, thus retaining the original aesthetic of the picture while posting to Instagram.
Source
Instagram
Share

Talking about the amazing sound quality of the LG V30