Talking about the amazing sound quality of the LG V30

By Andre Falana On Sep 1, 2017
Share
Join Us On Telegram
The LG V30 was launched at the IFA show room yesterday. One of the things that makes the device stand out, apart from the 6-inch OLED display and the camera, is the sound processing. 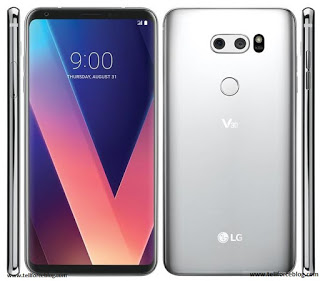 LG confirmed that the Quad DAC sound system, which was acclaimed in the LG V20, will be making a return in the V30. Now, there will be an upgraded set of customization options. LG’s audio system, which is powered by the ESS Sabre ES9218P digital-to-analog converter, can now hold its own against most dedicated portable music players. It also makes the diametric opposite to Apple’s wireless system of portable audio.
The LG V30 also has the Master Quality Audio file decoding system among its numerous features. This is one format that could interest people looking for another audio format apart from compressed MP3s. Recently, MQA was added to Tidal Premium subscriptions. The V30 will be the first smartphone to support it.
Related Posts

Also, the device’s microphone has been said to be of great quality. According to G, the device microphone is able to record a dynamic range of sounds, from a whisper to a thunderstorm, without distortion.
In addition to that, there are new digital filters, which should give users an even better sound than before. This is expected to be achieved by improving the pre-and post-ringing of the impulse response.
Basically, the sound is more precise and faithful to the music. LG is also adding preset options for tuning the sound to your liking. The default setting is Enhanced, and other choices include Detailed, Live and Bass modes. Each of these modes has been tuned slightly differently to account for your desired output.
Finally, LG is reviving its partnership with B&O Play. This is being achieved by including a pair of premium B&O Play earphones in the box along with the V30.
Source
LG 6LG V30
Share

LG V30S ThinQ Specs and Price – Does The Phone Think For You?

LG V30S ThinQ Specs and Price – Does The Phone Think…