By Andre Falana On Sep 11, 2017
Share
Join Us On Telegram
Recently, Instagram tested a feature that allows users share their Stories directly to Facebook’s app. This means that Instagram users will soon be able to mix content between the app and Facebook’s mobile app. 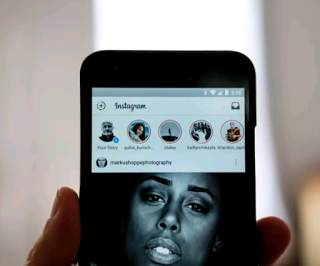 This move is most likely intended to help increase users’ interactions with Stories on Facebook. There is no indication as to when the feature will finally be implemented, however. That’s even assuming the tested feature makes it to a final release.

Now, this idea of moving the Instagram Stories content to Facebook seems like a ploy to get users more involved with the feature on the Facebook app. already, earlier this year Facebook tested some new features on the Stories segment of its mobile app, allowing users to add stickers and apply different filters to their pictures and videos.
In spite of this new development, however, both functionalities appear to maintain a level of individuality, at least for the time being. This exercise is only meant to increase awareness for the Facebook Stories feature, which has not really caught on among Facebook users ever since it was launched.
Related Posts

Facebook seems to be ready to do anything to make their Stores feature take off. Remember that a little while ago, the feature was tested on desktop.
However, it is still unclear whether the company plans to make this feature permanent for desktop users son. The pilot test shows that the desktop version of the feature can be identified by a module on the top right of the screen.
Instagram was the first among the Facebook platforms to add the Stories feature. Snapchat already had the feature since last year. However, ever since the feature was introduced on Instagram, the Stories feature has surpassed Snapchat’s version in popularity.
It still remains to be seen, though, whether combining the content between both Instagram and Facebook will work out the way the company has planned.
Source
Instagram
Share

GTB Introduces Bank 737 App For Easy Transactions, How To Use It

Samsung confirms that its currently working on smart speaker