Samsung confirms that its currently working on smart speaker

By Andre Falana On Sep 11, 2017
Share
Join Us On Telegram
Reports says Samsung is working on a smart speaker that will likely be a more than worthy competition for the existing smart speakers on the market. 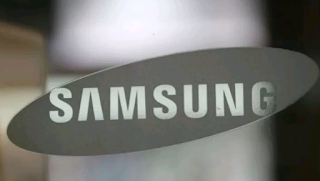 In fact, according to Harman International CEO Dinesh Paliwal, Samsung’s smart speaker will be unbeatable, and superior to both Google Home and Amazon Echo smart speakers. According to Mr. Palliwal, who attended a meeting with Samsung CEO Yoon Boo-keun, and both CEOs discussed a number of topics.

Samsung’s smart speaker, which is said to have been in the works for over a year now, was one of the topics discussed.
Mr. Palliwal says the AI platform of the speaker will be superior to that supporting the Google Home and Amazon’s Alexa ecosystems. He also mentioned that Samsung and Harman have been is close collaboration on the project for some time now.

One can see that Samsung has not exactly been too eager to venture into the Internet of Things market. This is mostly due to the fact that the largest portion of its users, who are located in the United States, are already served by Amazon.
However, ever since Bixby the Samsung digital companion was released, the company has made significant effort to increase its presence on this front. But then, the rumored new ecosystem will not rely on Bixby; instead it will be compatible with Bixby. More details on this matter will be released in the near future.
It is unclear whether Samsung planned to use the expertise available at Harman to develop this new artificial intelligence(AI) speaker from the beginning. But Samsung did take over Harman for $8 billion earlier this year, so it can be assumed that this was the case.
According to reports, Samsung’s smart speaker is to be code-named Vega. It will reach the market at some point next year, according to Mr. Palliwal. This means that the company must have found a way to make internet-enabled speakers marketable outside the US borders. This is an issue that the company has reportedly been struggling with in recent times.
Source
smartspeaker
Share

How To Check Your MTN Data Balance

This Muse Bluetooth Speaker by Rock Space Is Amazing

Samsung to release a Smartspeaker soon

This Muse Bluetooth Speaker by Rock Space Is Amazing

Meet The Samsung Galaxy Home â€” A Smart Speaker Like An…