Do we now have smart jersey? Nike brings on NFC tags to NBA jerseys 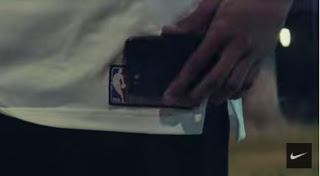 Now, we get smart jersey. Nike has introduced and applied amazing tech to its new line
of “NBA Connected” jerseys for NBA teams and players. The Fans’ versions
of the uniforms available, come with an NFC tag that “unlocks”
premium content for supporters.
Related Posts

Apple announces Tap to Pay feature on iPhone for businesses…

The tags combine with the NikeConnect app to bring
supporters’ smartphone the pre-game arrival video, game highlights, and music
playlists from NBA stars. Each player’s replica jersey could be equipped with a
tag that offers enhancements to that same player’s NBA 2K18 capabilities.

The jerseys that has the embedded NFC tags on it will of
course not be the same as that regular ones in terms of price. The $110
“Swingman” replica uniforms and the $200 authentic jerseys will both
work with the NikeConnect app when they are both announced on September 29.

How To Protect Your Google AdSense Account From Invalid Clicks