By Andre Falana On Aug 14, 2017
Share
Join Us On Telegram
Microsoft opened its Xbox Insider feedback program to the
public back in January. This week, the company is making it easier for people
to get access to beta system updates. Prior to this, you could opt into the
Xbox Insider program and tests would arrive only a short while before being
released to the general public. 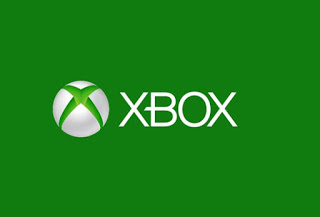 Now, Microsoft is simplifying its Xbox Insider groups,
allowing people to progress through each stage to get earlier access to Xbox
One dashboard software.
The Omega Ring is the default option for anyone looking to
sign up to the Xbox Insider program. It allows participants to get a preview of
a new dashboard update just before it is available to the public, just like
before. Though, if testers provide enough feedback (known as XP levels), they
can progress to the Delta ring. The new Delta ring will receive builds earlier,
and if enough feedback is provided along with three months of activity, then
the Beta ring will be free to join.xbox insider
These simplified rings are still a bit complex, and
Microsoft is still restricting the top-tier Alpha ring to invite-only early
access. From time to time, the best Beta and Delta users will get invited to
join the Alpha group.
Related Posts

Right now, Microsoft is testing the new Xbox One dashboard
with this smaller group of Alpha testers, and it is expected to begin releasing
this to Beta ring testers later this month.
Microsoft is also working with some game studios to provide
play-tests of unreleased games for Xbox Insiders. Games like Sea of Thieves
have been tested through this method. Also, Paladins will be available for all
Xbox Insiders with an XP level of 10 or higher soon.
So, gamers on the Xbox Insider program with an XP level of
at least 10 are qualified to get this game before the release date.
Source
Xbox
Share

How often do you get monthly security updates on your phone?