How often do you get monthly security updates on your phone?

By Andre Falana On Aug 14, 2017
Share
Join Us On Telegram
Aside the annual Android updates, Google releases security
updates every month. These correct flaws in the system. The objective is to
ensure continued protection for users and to react quickly to security problems
that could arise. 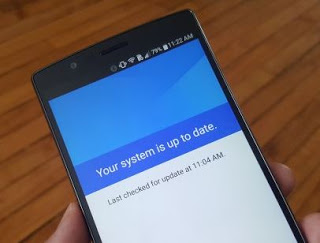 Now, to make sure that the Android platform stays secure,
Google has a monthly security update program for all devices running on
Android. This program has three stages:
Related Posts

Now, these monthly security updates rely on the
manufacturers’ good will. If they do not offer the updates to users, their
smartphones will remain vulnerable. Thus, a lot of smartphones are left
vulnerable because the manufacturers delay several months to deliver their OTA
updates.to be sure you get these monthly security updates, opt for a smartphone
from the Nexus or Pixel ranges.
Note that monthly security updates do not offer any new
features. They simply correct existing flaws in the system. Some critical flaws
could potentially allow a harmful application to take control of your
smartphone. However, Google has explained that there have never been “any
reports on an active exploitation or abuse of these newly reported problems”.
Most of the flaws concerned the code supplied by Qualcomm for its components
(processor or modem), but Google has proved that it is willing to correct is
errors and provide users with continued security.
Now, there was an update in April, which corrected 60
issues. June’s update was even more comprehensive, with 101 android flaws
corrected, 27 of which were critical. Among the issues corrected in June were
the problems with Bluetooth, in the Media framework, in the libraries and with
the user interface system.
Source
Share

Opera Max for Android discontinued and removed from the Google Play