By Andre Falana On Aug 14, 2017
Share
Join Us On Telegram
If you an Uber user, you must have experienced the eerie state
where you got a text from a mysterious number, requesting for your location,
while waiting for your car. Occasionally, rather than sending such a text, the
Uber driver would simply park as near your location as possible, then honk
their horn until you respond. This is not actually convenient for most people,
and in a bid to solve this issue, Uber has announced an in-app messaging
feature on its mobile app. 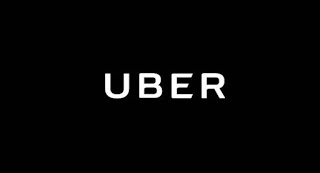 Now, with the Uber messaging app, all a customer need to do
is simply select Contact, then Chat in the feed section of the Uber app. there,
he can send a message to the driver about his exact location, or anything else
that helps his driver to locate him easily.

Another good thing about the Uber messaging feature is that
your driver does not even need to text you back. The messages are read out loud
to the driver, who can respond immediately with a thumbs-up emoji with one tap.
Both the rider and the driver will see if their chats are delivered and read,
to confirm that the other person actually received the message.Uber messaging
Related Posts

This Uber messaging feature means that riders and drivers do
not have to exchange phone numbers when they need to get in touch. Already,
Uber makes use of an anonymizing technology to mask your phone number when you
call or text outside the app, so it shows as a random number. However, this
technology is not available in emerging markets, which is what prompted Uber to
build this chat system.

Uber has always aimed to provide users with the shortest and
most efficient distance between two points. However, now Uber wants its users
to spend more time within the app, and use it for things not directly
associated with transportation. These include Snapchat filters, calendar
integrations, using friends as destination locations and so on.
Clearly, the company wants to turn its app into something
more than just a ride-hailing app.
Source
Share