By Andre Falana On Aug 13, 2017
Share
Join Us On Telegram
Few days ago, Asus by mistake release some information about
four imminent ZenFone 4 models including the ZenFone 4, ZenFone 4 Selfie,
ZenFone 4 Pro and the ZenFone 4 Max. Now, the Asus ZenFone 4 has appeared on
benchmark site GFXBench which disclosed some of the smartphone’s specifications. 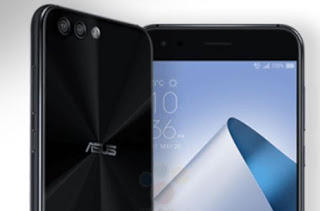 According to the information, the handset’s display unit
will be a 5.5-inch display, which comes with a 1080 x 1920 resolution. The
phone will be powered by an octa-core CPU running at a clock speed of 2.2GHz.
The Adreno 508 GPU is on board, this simply suggests that it is the Snapdragon
630 SoC under the hood.
The GFXBench listing also shows that the ZenFone 4 will come
with 4GB of RAM along with 64GB of native storage.
Related Posts

Rumors says the phone is a dual-camera setup (12MP + 8MP)
for the phone while the listing reveals only a single 12MP camera. An 8MP
front-facing camera will be used for selfies and video chats, and runs on
pre-installed Android 7.1.1.
While not part of the GFXBench listing, there is rumor that
the ZenFone 4 will be armed with a 3300mAh battery. In addition, a 1TB capacity
microSD slot allows users to expand the amount of storage if needed. 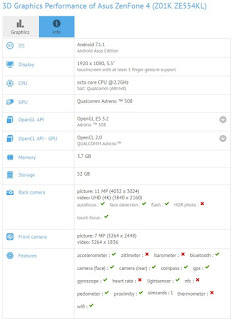 Asus will be launching its new ZenFone 4 series this coming
Thursday, August 17. The pricing of ZenFone 4 could be from 499 EUR for the
version with 4GB of RAM, equivalent to $590 USD centered on current exchange
rates.
Source
AndroidAsus
Share