By Andre Falana On Aug 22, 2017
Share
Join Us On Telegram
Recall that recently, Facebook introduced a new feature that helps you remember your friends birthday and send them greetings if programmed. Also, Facebook usually makes a post on your friends’ timelines, reminding them to send you a birthday message on your own day. This is a sure way to keep track of your friends’ birthdays and it also assists your friends in reminding them of yours. 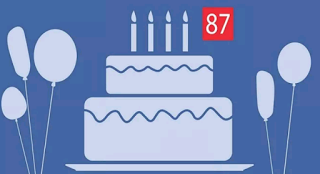 Two weeks before your birthday, Facebook will ask if you wish to dedicate your birthday to support a cause. If you accept this offer, you can pick from one of 750,000 non-profit organizations, currently limited to the United States, and set a donation goal. On your birthday, your friends will be notified of your cause.
Related Posts

Now, this is not exactly something new to some people. However, the idea of Facebook birthday fundraisers to support a cause is kind of clever. After all, raising money for a non-profit organization is something that a lot of people would not consider if there’s no one to give them a push. Also, everyone has a birthday.
The birthday fundraisers feature is easy to set up, and it would make a lot of people feel good about themselves.
This is one feature that could actually make a difference in people’s lives. Even if only a few of your friends donate, that’s still something. The non-profit organizations will definitely be receiving something, and that is far more useful than a cheap Happy Birthday message.
Also, Facebook is rolling out birthday videos. The idea is that close friends will have specially made videos showcasing your time together. This is similar to what Facebook does with its other videos.
Presently, it is not clear what a “Close Friend” means to Facebook, but at least it is much better than a random birthday message that might not even mean anything.
Source
facebook
Share

What are the features we expect from Android 8 Oreo