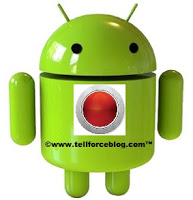 Android users can tell the fear of having their phone become
unresponsive during a process of exiting a particularly unusual app. This
occurs occasionally when they download an app infected with malware or bug
laden app. The moment this happens, it surely would help to have a fail-safe
that returns you to the Home screen and closes the app immediately.
Google is now working on such a panic button in the latest
release of Android 7.1.

The feature is simple. By default, all you need to do to
trigger the panic button is press the back key four times. But, according to
XDA Developers, you can modify the number of presses in Android’s SystemUI APK.
SystemUI controls the notification shade, status bar and navigation buttons.
Related Posts

Once the system detects four presses on the back button in
quick succession, it shuts down the offending app. However, this feature has
not been enabled for any devices yet.
Anyone tech-savvy enough can enable the panic button
themselves; however, it is unclear how reliable the feature is right now.
Google has not formally announced it either.
Well, this feature is certainly good news for Android users.
Google has made huge steps in stamping out malware in the Play Store; however,
the open nature of the Android market ensures that there will always be a
certain element of risk.
Now, Google has a face for its built-in security suite,
called Google Play Protect. This is in addition to the numerous security
patches pushed out by the company in the last few years.
In spite of this feature, users should still be careful
about their app downloads. More methods of mobile data theft have been revealed
over the last few months, and there are still more being crafted right now.
Therefore, it is quite possible that hackers will find a way
around this panic button feature with time. However, Android users can breathe
easier just knowing that there’s a way out of the “unresponsive app” situation.
Android
Share

Tech: Wrixo wristband can save your life