By Andre Falana On Jul 12, 2017
Share
Join Us On Telegram
This is not just about food or juicy chicken wings lying
idle for you to eat. Or have you ever been browsing then came across a jollof
laced with chicken laps? 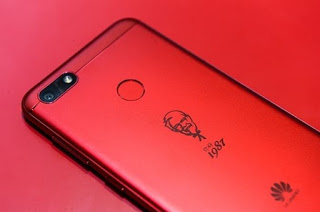 Now, there is a way to ease the longings or maybe to increase
them, Huawei and KFC have joined hands together give you a KFC-branded
smartphone with a portrait of Colonel Sanders himself engraved at its back.
Remarkably enough, the smartphone is registered as a variant
of the Huawei Y7, even with the two having almost uncommon features, when
talking of specifications and design.
Aside the KFC brand, China would be getting an exclusive app
called K-music, which allows users listen to curated music when they are inside
a KFC restaurant. The interesting feature will be available to Huawei devices
until the end of the July. 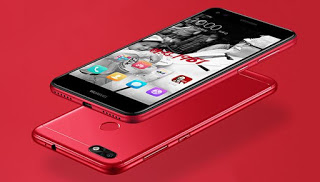 Below are some of the general specs of the smartphone:
Related Posts

Only 5,000 units of this smartphone is available and
exclusively for China. It’s been available since last Friday, July 7, 2017 and
can be purchased either from the KFC app itself, or from a flagship Tmall store
(the latter applies to ‘KFC members’ only, though).
To get one, it costs ¥1,099, which is about $161.
KFC
Share