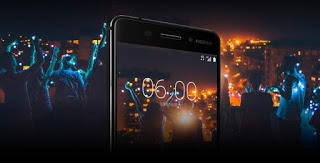 The new Nokia phones have successfully find their way in to the hearts of many even though most people are yet to feel it on their palm. The Finnish tech firm is even struggling to meet up with demands, both for many retailers and carriers worldwide.
HMD has however promised to make all the three Nokia handsets available globally by the of June this year. So we believe come middle of July 2017, every markets in this world should be selling them.
Moreover, HMD has plans to release more smartphones, but it has no plans to launch any Android tablets soon.
According to the company’s Market Director, Pekka Rantala said in an interview that HMD is totally focused on manufaturing smartphone for now and there will be no new tablets launched this year.
When questioned about the much speculated Nokia 9, he refused to give a clear response, he however said that his company has a logical naming system and that we should be expecting new smartphones after Nokia 6 and prior to Nokia 3. He as well confirmed that Nokia 4 is never going to be launched by HMD since the figure is considered unfortunate in Asia.
Source
ALSO READ:  Energizer Power Max P8100S Specs & Price: Foldable phone with a dual rear 48MP Camera
Advertisment