XBox One X Specification and Price. 2017 advanced version of One S

By Andre Falana On Jun 24, 2017
Share
Join Us On Telegram
XBox One X is the latest upgrade of the XBox One. One of the
major area of upgrade in the gaming console is the boosted power. It’s smaller
in design compared to the XBox One S, with better 4k gaming support. 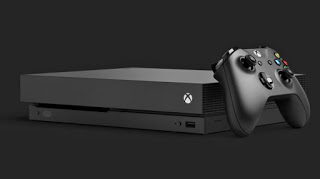 XBox One X features an Ultra-HD Blu Ray player with support
for 4K HDR media content and HDR 10.
The Xbox One X Design
XBox One X comes in more compact design compared to the XBox
One S and the original XBox One that was launched way back in 2013. Though the
manufacturer, Microsoft is yet to publicly announce the details, the console is
said to be thinner and compact compared to previous models.
The XBox One X may be obtainable in various colours, but in
the meantime only the black model was disclosed by Microsoft. Some of the
features in terms of design are as follows:
Performance
The One X is more powerful than the One S which is said to
be the Microsoft reply to the Sony PS4 Pro.
Related Posts