A 48-year-old man has collapsed collapsed in his home after his son introduced his girlfriend to him for the first time. 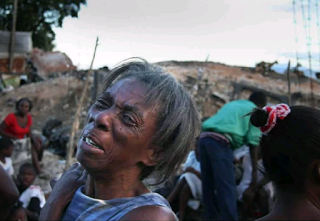 According to the son, Kwabena Kumah, his father is just overreacting.

He said: “I don’t know what happened. He looked shocked when I showed my girlfriend to him. To me, she is the most beautiful person in the world. I don’t care what people say but I am going to marry her. I think my dad is just overreacting.”

Kojo Kumah, the father, while receiving treatment at Korlebu Teaching Hospital said “I know my son is not blind. I know my son is well educated and smart. I have given him everything he needs in order for him to get a good life. I don’t know why he wants to disappoint me.” he said.

Survey reveals that words like Idiot, Incompetent and Liar…

According to him, Hannah, his son’s girlfriend is “ugly and smelly”.


“It looks like she doesn’t have her bath. The texture of her skin is like the walls of an ancient building that needs renovation. Her face is so… Oh my God. Where did Kwabena get this one too from? In fact, when I shook her hand, I thought I was holding an engine block. I know she will defend herself by saying she has inner beauty but you see, I am not an X-ray machine” he said.

A very sorrowful looking Hannah after the happening said she was not going to give up until she gets liked by her boyfriend’s family.

“I have been through many beauty therapies and I think that this is the best I can be with regard to my outward beauty. One thing my in-law doesn’t know is that, beauty is from within. I am very beautiful inside. I have a beautiful heart. I will not rest until he likes me.” She said