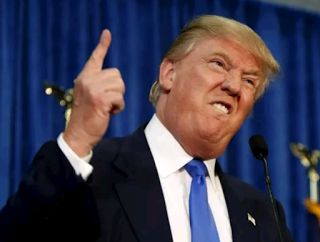 On Friday, May 12, 2017, the United States President Donald Trump took to his Twitter handle to shade the media outfits on conflicting reports from spokespersons surrounding James Comey’s firing.

Trump has been known for his unending hatred for press, describing them as “fake media”.

See what he wrote below:

As a very active President with lots of things happening, it is not possible for my surrogates to stand at podium with perfect accuracy!….

…Maybe the best thing to do would be to cancel all future “press briefings” and hand out written responses for the sake of accuracy??? 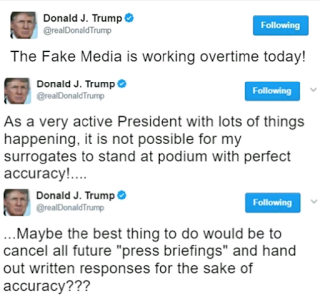 Join Us On Telegram
ALSO READ:  President Trump's iPhone does has not have mobile browser
Advertisment

Get Paid For Just Visiting Websites With Brave Browser

Amazon In Talk To Buy $2 Billion Stake In Airtel